Report: Xbox Game Pass continues to be most active subscription service in market

Ampere Analysis has shared some insights on the state of game subscription services as of August 2021. Microsoft’s Xbox Game Pass continues to dominate the market. 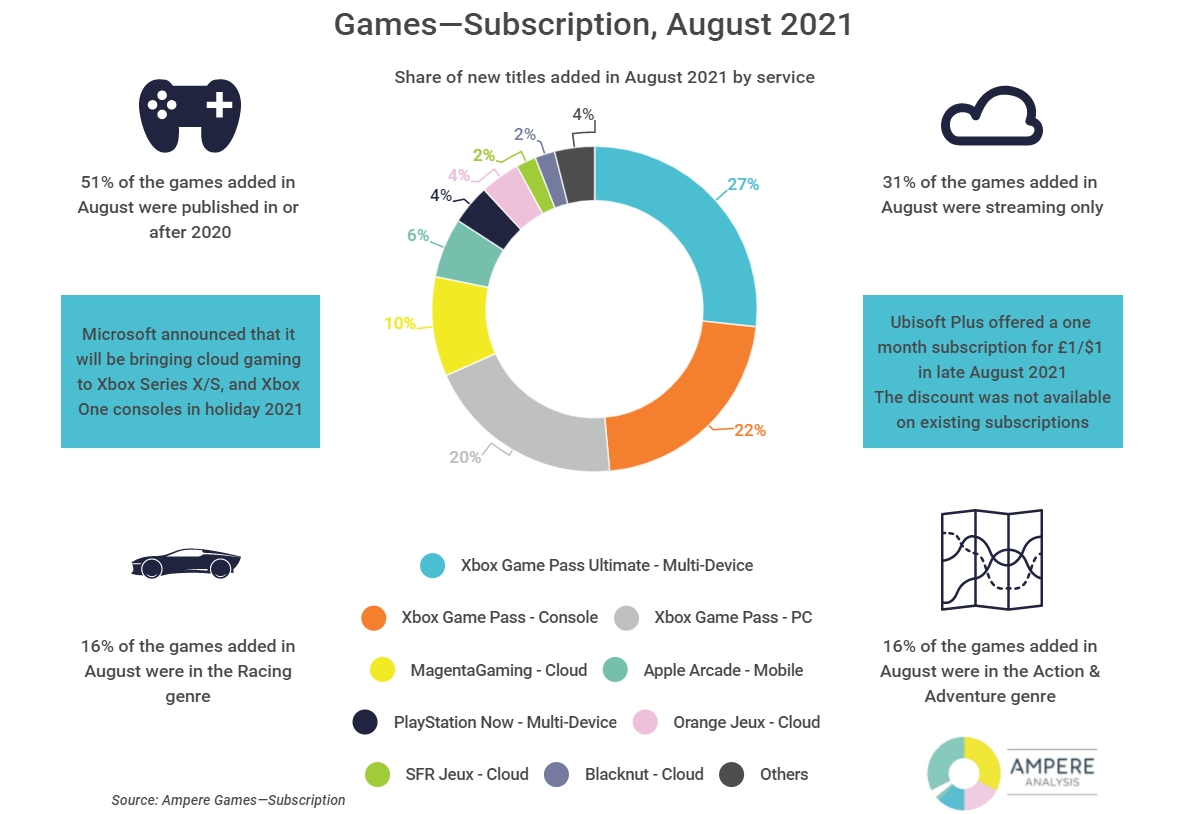