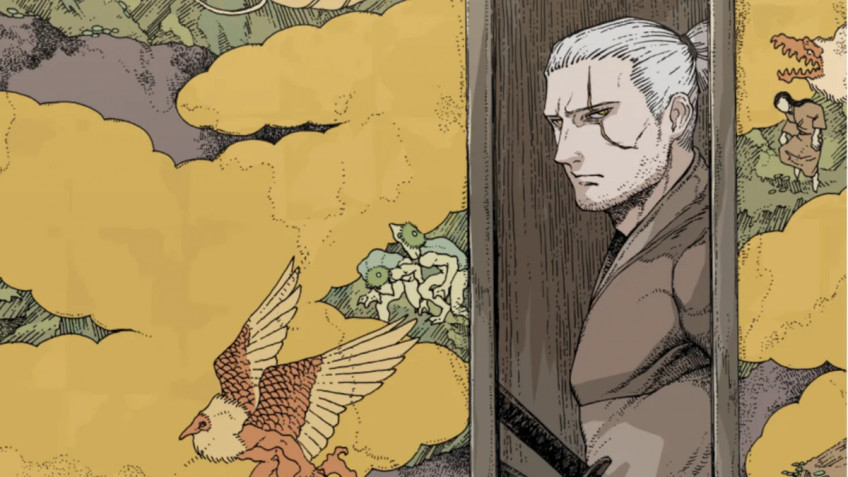 The main story arc of The Witcher: Ronin contains 4 chapters — around 100 full-color pages — following Geralt as he searches for clues, fights deadly monsters, and is faced with difficult moral choices. In addition to this main story, CDPR’s creative team has also written 3 short stories of roughly 15 pages each. Additional content is planned to be added throughout the campaign.

In addition to the hard copy, CDPR also plans to distribute the electronic copy of the manga via GOG and Dark Horse Comics app.

The publisher said that the content of the manga has already been finished and paid for, so it’s not looking for funding in the traditional sense. Rather, the campaign will allow CDPR to see “if this new concept for The Witcher would be something that fans would be interested in — and if so, to see just how special we can make this collector’s edition.”

The publisher also said that Kickstarter is “a channel that puts us in touch directly with fans” and that it “will help The Witcher: Ronin reach its full potential, and give this concept the justice it deserves.”

With 19 days still to go, over 1,400 backers have already pledged around $80,000 towards the $106,907 goal as of the time of writing. So it’s pretty clear that the concept is picking a lot of interest. Should we expect it to make it into games at some point as some sort of visual hybrid of The Witcher and Ghost of Tsushima? In any case, it’s interesting that CDPR is publishing a Witcher-themed comic book in-house, something it has previously licensed to Dark Horse Comics.