Chris Zukowski: Steam can only promote up to around 500 indie games per year
20:40
Wargaming top manager called a terrorist by KGB Belarus
17:19
AI USE CASE: How a mobile game development studio saved $70K in expenses
27.01
Sensor Tower: Subway Surfers was most downloaded game in Q4 2022, but the Stumble Guys showed fastest growth
26.01
The Day Before loses its page on Steam. Developer cites trademark complaint
25.01
125 games industry professionals from 85 companies attended WN Connect business event in Belgrad
24.01
Blizzard caught up in scandal. Again. This time it is all about ranking its employees
24.01
Cyberpunk 2077 quest director Paweł Sasko on game’s non-linearity: “Players expected more because of the fact how The Witcher 3 is built”
23.01
Key success factors for ZERO Sievert, top-down extraction shooter that generated over $1 million in its first week
23.01
Dragon Age: Dreadwolf production director Mac Walters leaves BioWare after almost 20 years
23.01
All news
Industry News 02.07.2021 18:18

Nexus Mods, a world-famous website for gaming enthusiasts, has implemented some major changes to its rules. Starting next month, users will be able to only archive mod files instead of deleting them forever. According to the platform, these changes were necessary due to the implementation of a new collections system. 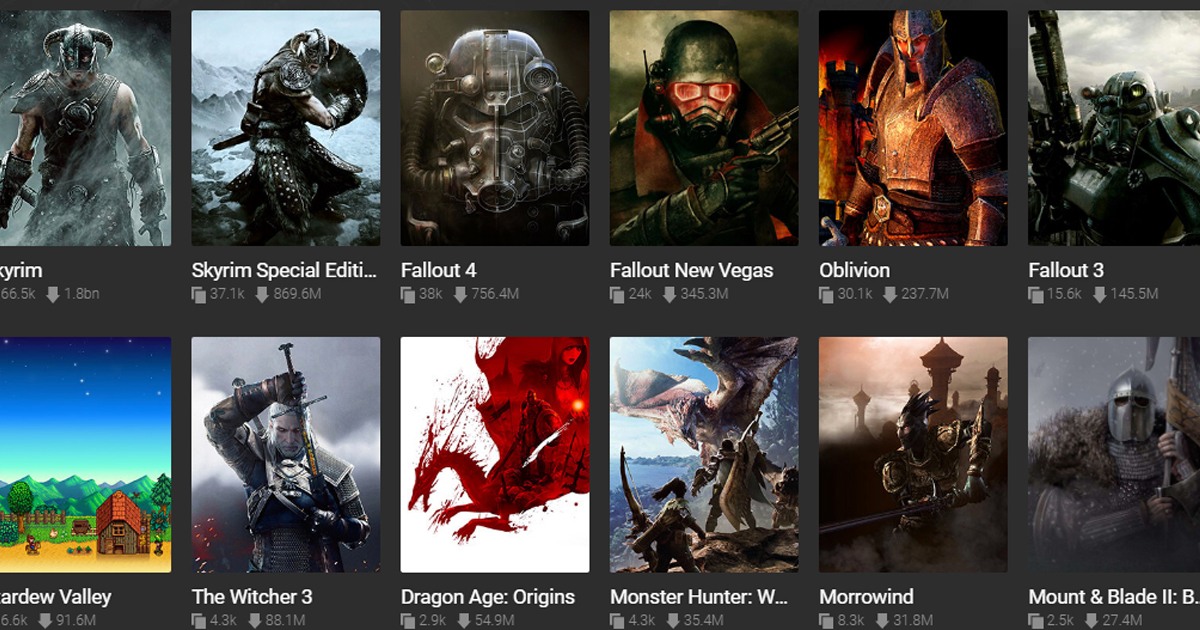 Nexus Mods shared the news with the community on July 1. According to a long statement, the decision to change the way deletions work was made “for the benefit” of “Collections.” It’s a system that the team has been working on for two years.

“Collection” is basically a meta file, which includes a list or setup of mods. As soon as it’s uploaded to the Nexus Mods website, another person can download this meta file and install all mods in the same way that they are presented in the collection.

This system allows average users to add popular mods to a game without having to worry about conflicts, load order, and other issues. On top of that, authors of mods in these collections will still get the donation points from downloads.

However, the ability to delete mod files became a problem for collections. That’s why Nexus Mods made a decision to change the whole process and let creators archive files instead of deleting them forever. They will be gone from the files tab, but users will still be able to download them via collections.

Understanding how drastic these changes are for the platform, Nexus Mods decided to let authors delete files permanently until August 5. However, you can only delete all your files at once, without being able to choose particular ones. After the deadline, people will be able to remove their files entirely only at the discretion of staff.

“In any event, should you choose to have your files deleted or not, there aren’t any hard feelings from our side,” the statement reads. “If anything, this was a tough choice for us to make, but one that we believe is ultimately in our joint best interest as a community.”

You can find more information about the changes in the Nexus Mods rules here.