Organic discovery and app store featuring to be declared dead in 2023, according to Deconstructor of Fun
02.02
Dwarf Fortress made $7.2 million in January, 44 times more than in all of 2022
02.02
PlayStation reports 53% Q3 revenue growth, driven by strong sales of consoles and third-party games
02.02
Tenjin and GameAnalytics release Q4 Hyper-Casual Games Benchmark Report
01.02
Chris Zukowski: Steam can only promote up to around 500 indie games per year
30.01
Wargaming top manager called a terrorist by KGB Belarus
30.01
AI USE CASE: How a mobile game development studio saved $70K in expenses
27.01
Sensor Tower: Subway Surfers was most downloaded game in Q4 2022, but the Stumble Guys showed fastest growth
26.01
The Day Before loses its page on Steam. Developer cites trademark complaint
25.01
125 games industry professionals from 85 companies attended WN Connect business event in Belgrad
24.01
All news
Industry News 28.04.2021 18:50

Golden Nintendo Wii made for Queen Elizabeth II up for sale for $300,000

This unique Nintendo Wii was made almost 11 years ago as part of a marketing campaign. It also comes with a golden controller and one game. 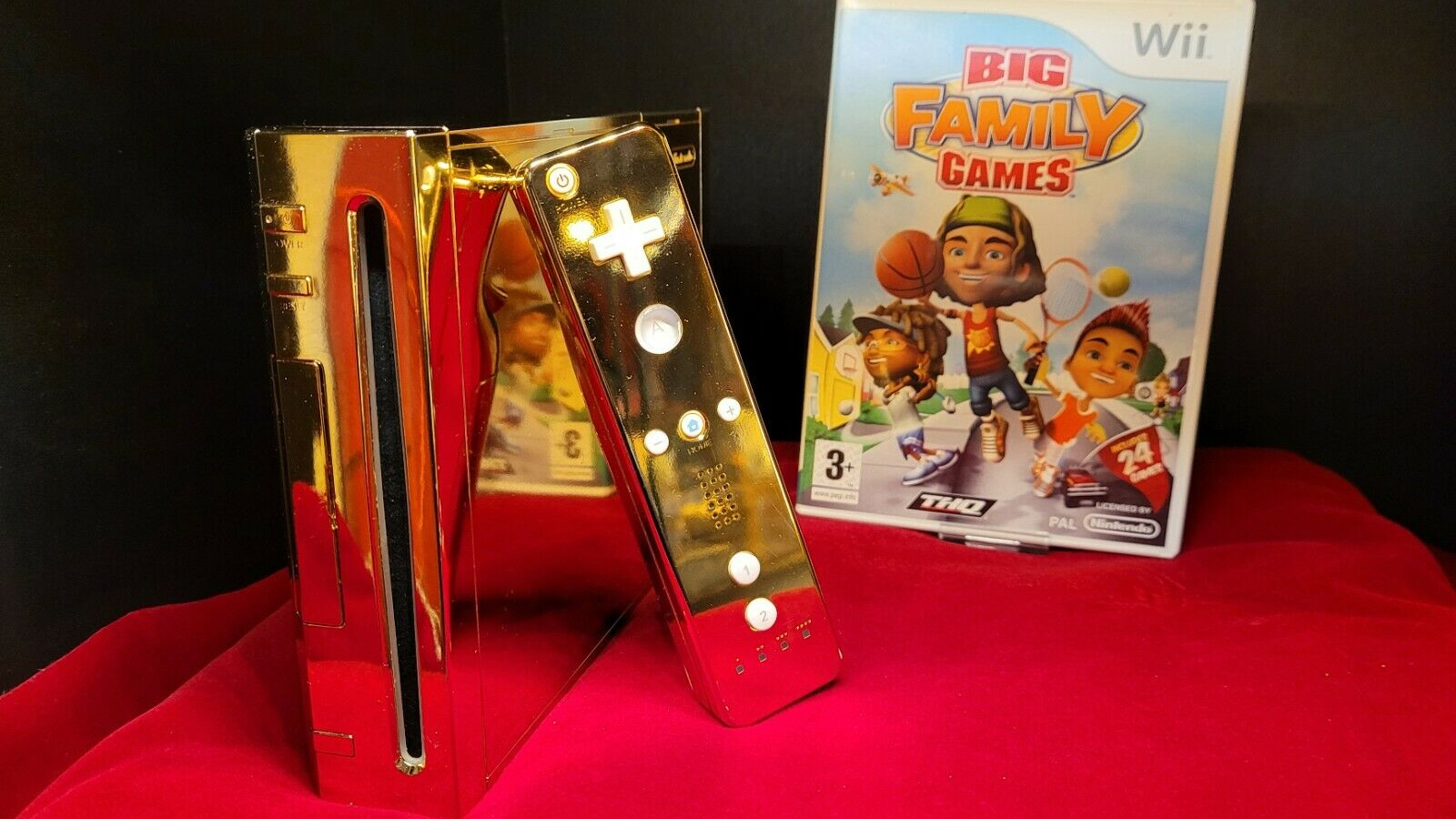 The 24K gold-plated Wii has been listed on eBay by collector Donny Fillerup who somehow managed to get this rare item. His “ultimate dream” was, of course, to sell it for $1 million, but he decides to be a “little bit reasonable.”

“I believe the price can be less or could be even more,” Fillerup told Consolevariations.com. “I already got loads of questions and comments on this item as we speak. Like I said before, I’m pretty attached to my stuff, it’s hard to let an item go, especially to an auction house that is not my collecting-cave.”

The story of this extravagant and exclusive device goes back to 2009 when THQ commissioned the creation of a golden Nintendo Wii to promote its title BIG Family Games. The console was delivered to Queen Elizabeth II at Buckingham Palace.