META Publishing’s Oleg Zelikman: “We deliberately limit the size of our catalog so as to only publish 4-6 games per year”

As part of WN Dev Contest, we are discussing the industry with the jury members. In this installment, we catch up with Oleg Zelikman, business development director at META Publishing. 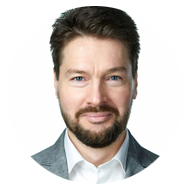 GWO: Do you think developers need to hire a lawyer prior to engaging with a publisher?

Oleg: In our opinion, it is not necessary. For example, our publishing agreement uses a fairly simple language. All the terms are spelled out clearly, so you don’t need a lawyer to understand them (at least some of our partners do not bring a lawyer). However, this does not mean that publishing contracts cannot contain any “pitfalls” at all. If a developer doubts the terms and conditions, the wording, etc. it is better to hire a lawyer.

I’m asking because stuff happens, right? The team has one vision, the producer has another. How do you usually resolve conflicts like this?

We respect the artistic vision of teams and try not to interfere with the creative process, this is one of the basic principles of our publishing policy, so the likelihood of such conflicts is small. At the same time, we try to advocate for the interests of players. We conduct relevant research and help teams optimize production processes. If disagreements do arise, we communicate our position to the developers using arguments, figures and examples, and in most cases we find a mutually acceptable solution.

In another questionable scenario, mobile publishers used to pick projects for their portfolio, but they were not ready to invest in promotion. They only spent money on a small boost, looked at the performance, and then, if it didn’t take off, they lost interest in the project, but never let it go, since a big pool of titles helped them with cross-promotion. Do publishers do that in the PC market?

Some of them do, yes. There are enough publishers with bloated catalogs, filled with several hits and lots of games that are selling poorly or not selling at all. Our approach is different. We deliberately limit the size of our catalog so as to only publish 4-6 games per year. This way, we can be confident that we are devoting the maximum amount of our time and effort to our games, to ensure effective promotion before release and proper support after it. The market is tough. Due to the huge number of releases, even a very good game needs effective promotion in order to be noticed and appreciated. So the quality of games and our work with them is definitely more important for us than their quantity.

Speaking of games. In the wake of success stories like Fall Guys and Among Us, I wonder if publishers have shifted their focus to co-op games. Should developers of single-player titles be worried?

These games really took off and their huge success took the industry by surprise, but this does not mean that now players and publishers are only interested in co-op games. There have also been lots of very successful titles in 2020 that are primarily single-player: Hades, Factorio, Ori and the Will of the Wisps, Noita, Wolcen. But if a developer can add the co-op mode to their game, it’s definitely worth doing.

So what kind of game are you looking for at the contest?

We do not focus on a specific genre. We are looking for high-quality premium games for PC and consoles (and even mobile) with an interesting concept, whatever the genre. Although we are centered on the mid-core and hardcore audience, not the casual one. In general, we really like funny games, but we also have some serious and even gloomy ones.