Chris Zukowski: Steam can only promote up to around 500 indie games per year
30.01
Wargaming top manager called a terrorist by KGB Belarus
30.01
AI USE CASE: How a mobile game development studio saved $70K in expenses
27.01
Sensor Tower: Subway Surfers was most downloaded game in Q4 2022, but the Stumble Guys showed fastest growth
26.01
The Day Before loses its page on Steam. Developer cites trademark complaint
25.01
125 games industry professionals from 85 companies attended WN Connect business event in Belgrad
24.01
Blizzard caught up in scandal. Again. This time it is all about ranking its employees
24.01
Cyberpunk 2077 quest director Paweł Sasko on game’s non-linearity: “Players expected more because of the fact how The Witcher 3 is built”
23.01
Key success factors for ZERO Sievert, top-down extraction shooter that generated over $1 million in its first week
23.01
Dragon Age: Dreadwolf production director Mac Walters leaves BioWare after almost 20 years
23.01
All news
Marketing 05.03.2021 14:38

CreativeForge Games’ Piotr Karbowski: “In our case, each contract is tailored to the developer”

As part of WN Dev Contest, we are discussing the industry with the jury members. In this installment, we catch up with Piotr Karbowski, CEO at CreativeForge Games (part of PalyWay group). 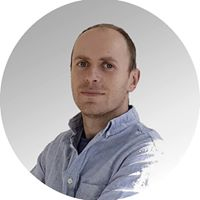 GWO: What are the main mistakes fledgling developers can make when working on a game?

Piotr: Overcomplicating the game, and taking on projects that are too big, or developing projects that don’t have any chance of success.

Developers often want to make a game of their dreams, something phenomenally big. Another Witcher or The Elder Scrolls. How do publishers view these ambitions, should they be encouraged?

It’s best if the developers carefully study the example of a few teams that were going down the same road as they are. Unfortunately, in most cases, as we know, if it’s your first game or even the second one, this [taking on a big project] is a wrong road to take.

There are many publishing companies on the market. Each offers its own set of functions/responsibilities. What is publishing for you?

In our case, each contract is tailored to the developer. Sometimes it is only financing, sometimes full marketing without investment in development.

Is it important for you as a publisher that the developer that has signed with you should implement your workflows and processes?

It is important to us that the developer can provide a monthly account of all the work they have done and pass each milestone on time.

What kind of game are you looking for at the contest?