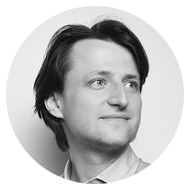 GWO: Ivan, for starters, how many VR game publishers are there?

Ivan: VR gaming is a subset of the larger gaming industry, and we are seeing more and more traditional game publishers (both AAA and indie) expand their portfolios to include VR titles.

A couple of words about the terms and conditions VR game publishers typically offer?

Terms and conditions are not different from any desktop or console gaming title, but I expect to see more opportunities for integration of VR projects into single VR platforms which could alter the standards of publishing for VR.

A lot of reports cite increasing revenues across VR gaming. Is it actually the case?

There are one-off hits in VR, but generally, VR-exclusives do not bring enough revenue for sustainable production. We expect this to change with the advent of new VR hardware. Oculus Quest 2 is changing the market landscape right in front of our eyes.

What kind of projects are you looking for at the contest?

We are looking for projects that explore and expand the paraphysical nature of VR interactivity – the experiences that are only possible in VR with hand controls and six degrees of freedom and would not be possible in any other format.