John Carmack on video game preservation and why companies suffer more harm by destroying something dear to players
06.02
Jeff Gaimon on expanding EA Originals beyond just indie games: “It’s like a menu. It depends on what devs want”
06.02
Microsoft’s chances of clearing Activision Blizzard deal in US and Europe to fade away if UK watchdog decides to block it
06.02
It Takes Two hits 10 million unit sold. “Nobody expected this,” says Josef Fares
03.02
Over 1 million Chinese players apply for refunds due to expiration of Blzzard’s agreement with NetEase
03.02
NCSoft West lays off 20% of employees as part of ‘global realignment’
03.02
Organic discovery and app store featuring to be declared dead in 2023, according to Deconstructor of Fun
02.02
Dwarf Fortress made $7.2 million in January, 44 times more than in all of 2022
02.02
PlayStation reports 53% Q3 revenue growth, driven by strong sales of consoles and third-party games
02.02
Tenjin and GameAnalytics release Q4 Hyper-Casual Games Benchmark Report
01.02
All news
Marketing 09.02.2021 16:29

G-Core Labs: “It’s important to treat games like a business”

As part of WN Dev Contest, we are discussing the industry with the jury members. In this installment, we catch up with Roman Zhikharev, QA Director at G-Core Labs. 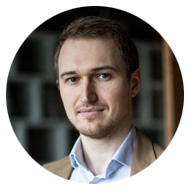 GWO: What do you think is the biggest mistake fledgling devs can make?

Roman: They don’t necessarily understand that a game, like any business project, should be successful. As a result, they tend to overlook things that are not directly related to the gameplay.

Onboarding players. Taking into account the capabilities and motivations of different segments of the potential audience. Supported platforms. Distribution channels. These are just a few of the things devs could completely overlook.

It’s difficult to expect, though, that a beginning developer would have enough expertise to take all these things into account.

Fair enough. This is a lot of competencies. Then again, you don’t have to be an expert on everything these days. The world does not stand still. Today, various platforms and publishers can tackle some of these tasks, and others you can outsource (for example, testing).

But it’s one thing not to understand something and it’s quite another to ignore it. It’s up to the developer to make organizational decisions. So they need to think about the project’s business plan and not just make a game.

There must be a downside to this business approach?

Of course there is. The market is rife with imitations these days. This is because devs and publishers adopt the same safe business processes that prevent them from taking risks and investing in experimental and innovative types of gameplay.

So it’s great that large gaming companies hold game contests. In my opinion, it’s an excellent opportunity for young developers to explore new types of gameplay, and for publishers to look for future hits.

Cheers to that. But you know how inexperienced devs, especially those who have already secured initial funding and support from publishers, tend to overestimate their strengths? And then, before you know it, they get all their scheduling wrong. Any advice on how to avoid that?

That’s exactly why it’s still important to treat games as a business.

As for the words of advice: to avoid falling into the trap of deadlines, you need to consider the entire project before starting development. Estimate your resources, the time you have.

Then, if in the middle of the development process, you realize that you are falling behind, you want to start cutting features / content / art. This is what agile development is all about. How to figure out which parts to cut? That’s what product management is for.

Lastly, what games are you looking for in the contest?

Personally, I would like to see a game with interesting gameplay. We would help it reach better quality. We would suggest what to modify. We are all avid gamers, not just testers. We know what’s what.