PlayStation reports 53% Q3 revenue growth, driven by strong sales of consoles and third-party games
14:25
Tenjin and GameAnalytics release Q4 Hyper-Casual Games Benchmark Report
01.02
Chris Zukowski: Steam can only promote up to around 500 indie games per year
30.01
Wargaming top manager called a terrorist by KGB Belarus
30.01
AI USE CASE: How a mobile game development studio saved $70K in expenses
27.01
Sensor Tower: Subway Surfers was most downloaded game in Q4 2022, but the Stumble Guys showed fastest growth
26.01
The Day Before loses its page on Steam. Developer cites trademark complaint
25.01
125 games industry professionals from 85 companies attended WN Connect business event in Belgrad
24.01
Blizzard caught up in scandal. Again. This time it is all about ranking its employees
24.01
Cyberpunk 2077 quest director Paweł Sasko on game’s non-linearity: “Players expected more because of the fact how The Witcher 3 is built”
23.01
All news
Industry News 15.01.2021 19:10 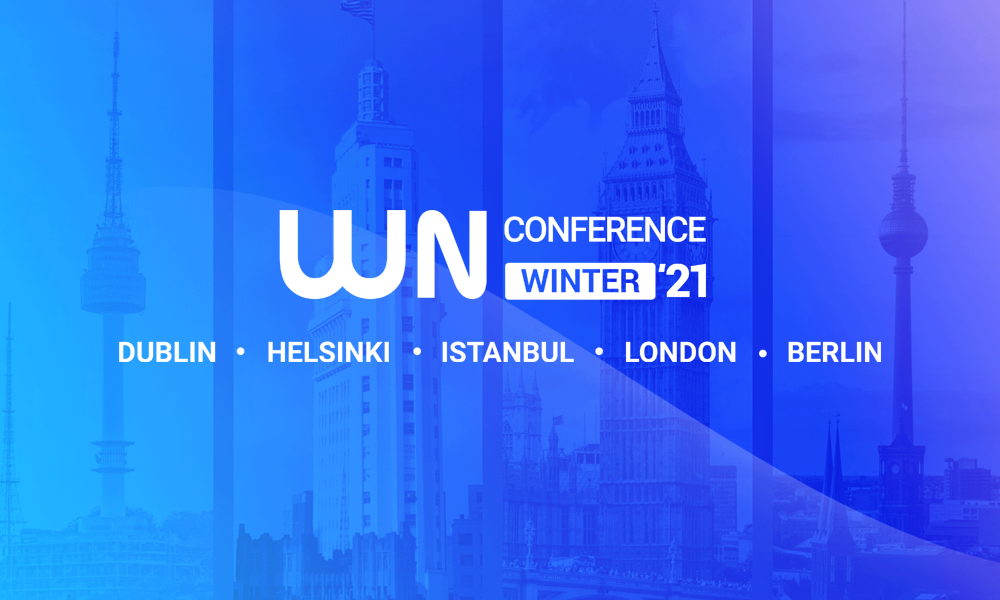 There are free and paid tickets. Free tickets will allow you to listen to online lectures and visit the expo zone. Paid tickets unlock private chats and the meeting system.

WN Winter’21 is the fourth edition of the WN online conference (previously known as White Nights). As Yulia Lebedeva, head of the organizing committee of the WN Media Group, told us, the event is now divided into seasons. Each season is focused on a different market.

The next European winter edition will last for five days. Each of the five days, the conference will move to a new virtual location, a new city in Europe.

In addition to the companies already mentioned, there will be speakers from AppsFlyer, MyTracker, Facebook, Nutaku, Snap and Unity. The full list of speakers will be posted later when the program is finalized. The event will take place on the WN Hub platform. the meeting system opens on January 26.