While a certain The Wolf Among Us 2 developer update was rumored to take place at The Game Awards, it never happened, as we now know. The update, however, did arrive in the form of a tweet from Telltale’s community manager.

The only substantial info the studio was able to share is that they are “developing the entire season at once,” something that was hinted at in the leak on Reddit.

The pre-production on the The Wolf Among Us sequel started a little over a year ago. The developer said they would share more on the project “when the time is right.”

As for other Telltale titles, some IPs reverted to their owners. This confirms the news shared by the studio in August 2019 that The Walking Dead will not be returning as a Telltale episodic adventure since the license is owned by Skybound. A Stranger Things title that Telltale planned to develop will not be happening either as the rights are now back with Netflix.

There is still no information on the status of the Borderlands, Game of Thrones, Guardians of the Galaxy, and Minecraft franchises. 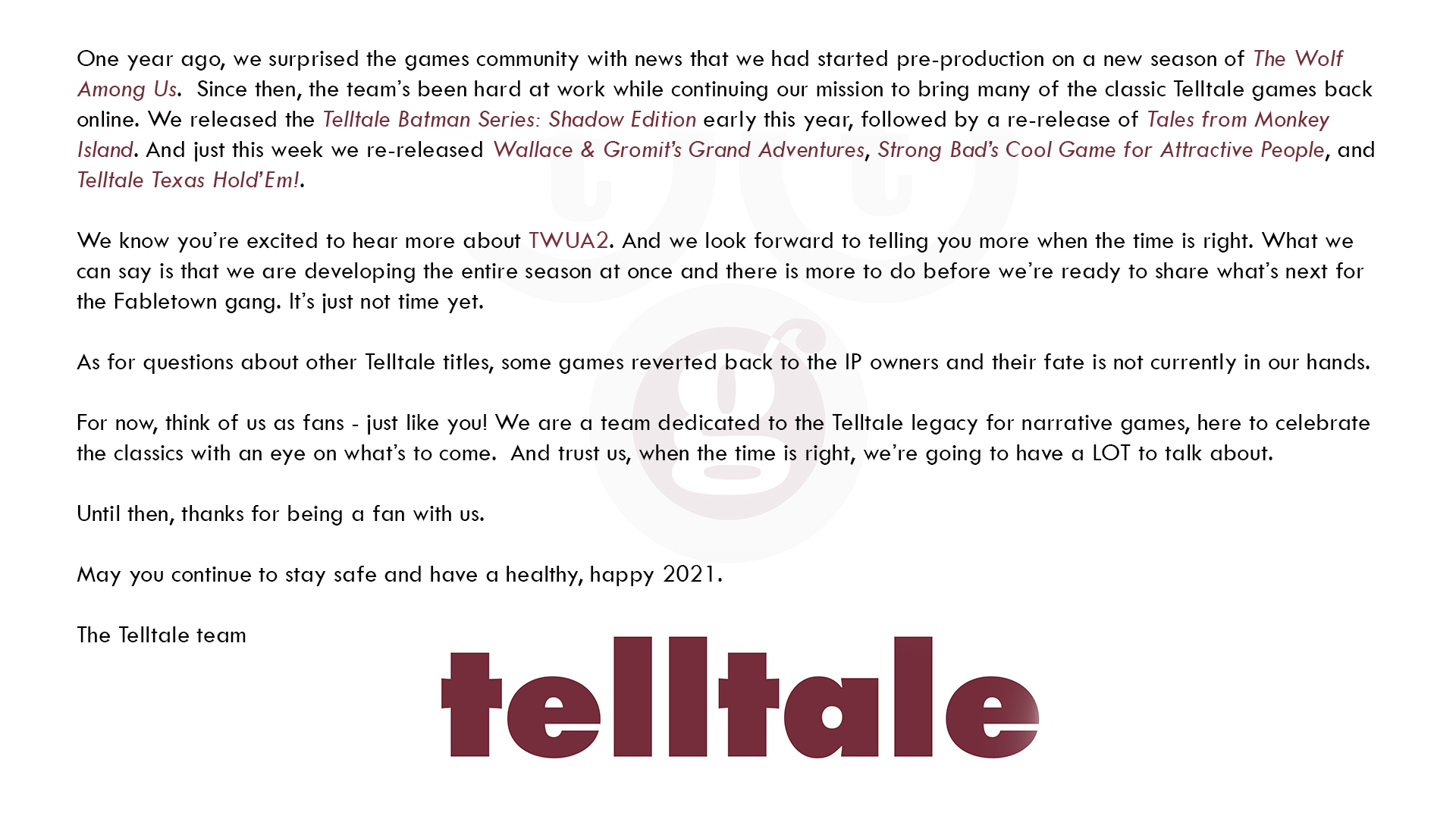