Chris Zukowski: Steam can only promote up to around 500 indie games per year
20:40
Wargaming top manager called a terrorist by KGB Belarus
17:19
AI USE CASE: How a mobile game development studio saved $70K in expenses
27.01
Sensor Tower: Subway Surfers was most downloaded game in Q4 2022, but the Stumble Guys showed fastest growth
26.01
The Day Before loses its page on Steam. Developer cites trademark complaint
25.01
125 games industry professionals from 85 companies attended WN Connect business event in Belgrad
24.01
Blizzard caught up in scandal. Again. This time it is all about ranking its employees
24.01
Cyberpunk 2077 quest director Paweł Sasko on game’s non-linearity: “Players expected more because of the fact how The Witcher 3 is built”
23.01
Key success factors for ZERO Sievert, top-down extraction shooter that generated over $1 million in its first week
23.01
Dragon Age: Dreadwolf production director Mac Walters leaves BioWare after almost 20 years
23.01
All news
Industry News 26.11.2020 12:23

Crysis 4, Crysis Next and Crysis VR mentioned in Crytek leaks

Crytek has been trying to make Crysis 4 since at least 2017, according to data leaked by ransomware gang Egregor.

The development might have been cancelled at some point, and the project was restarted as battle royale Crysis Next.

Crysis 4 is first mentioned in a presentation dated May 2017. 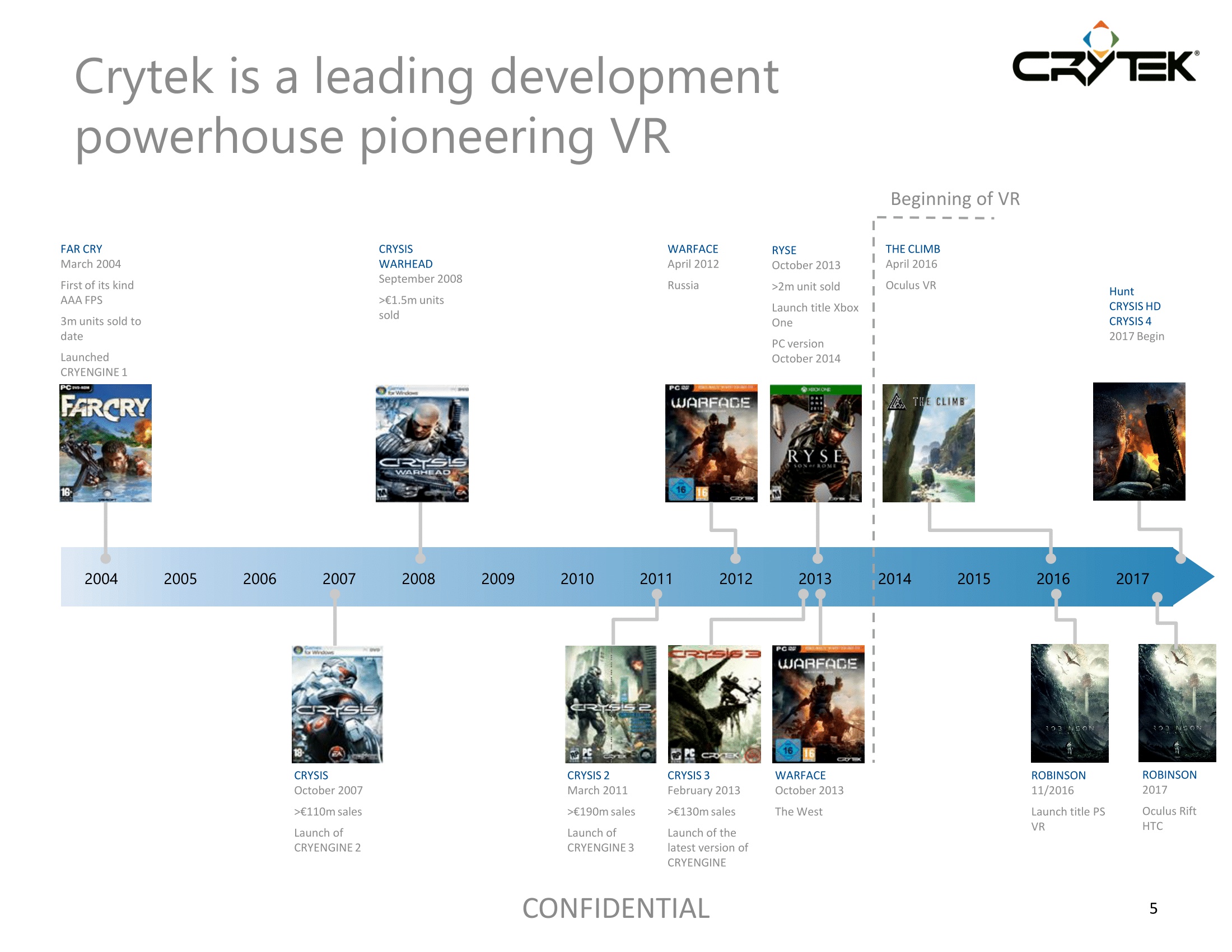 Another presentation suggests that the active development of Crysis 4 was supposed to start in 2018 and continue until at least 2020. At the time of the presentation, the game was at the concept stage. 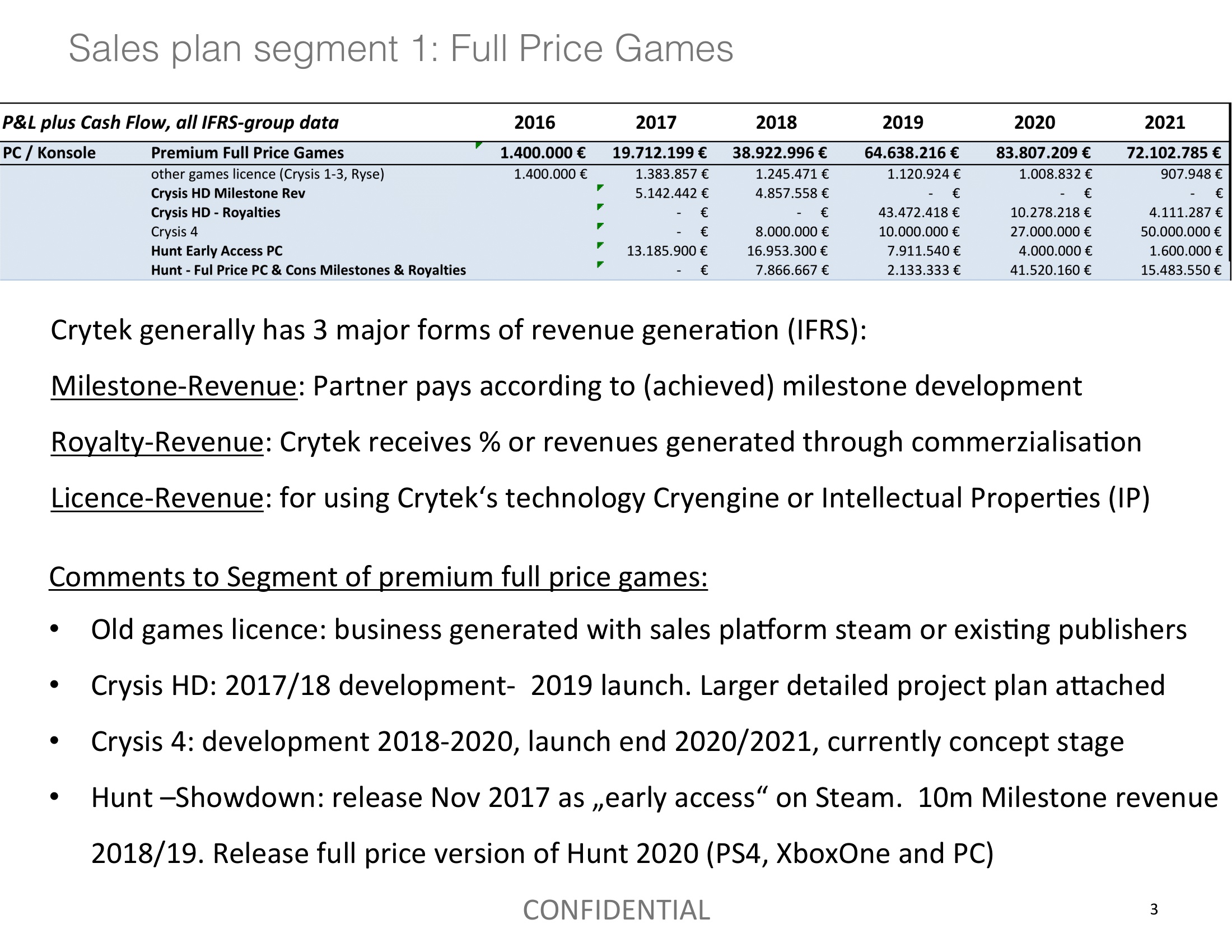 About the same time Crytek began thinking about Crysis remasters. While the first remaster did come out in September 2020, the company never officially revealed Crysis 4. Apparently, it was cancelled, with the team focusing on the multiplayer expansion of the franchise.
According to a November 2018 note to senior management, Crysis 4 was still at the concept stage at the time. Any mentions of the title dissapear completely from the internal documentation in 2019. However, someting called Crysis Next is referenced instead. It’s a free-to-play battle royale “where 100s of players collide in the fast-paced combat. Visual customization, adaptive Nanosuit powers, and visually spectacular combat in an immersive world create the ultimate live streaming experience.” 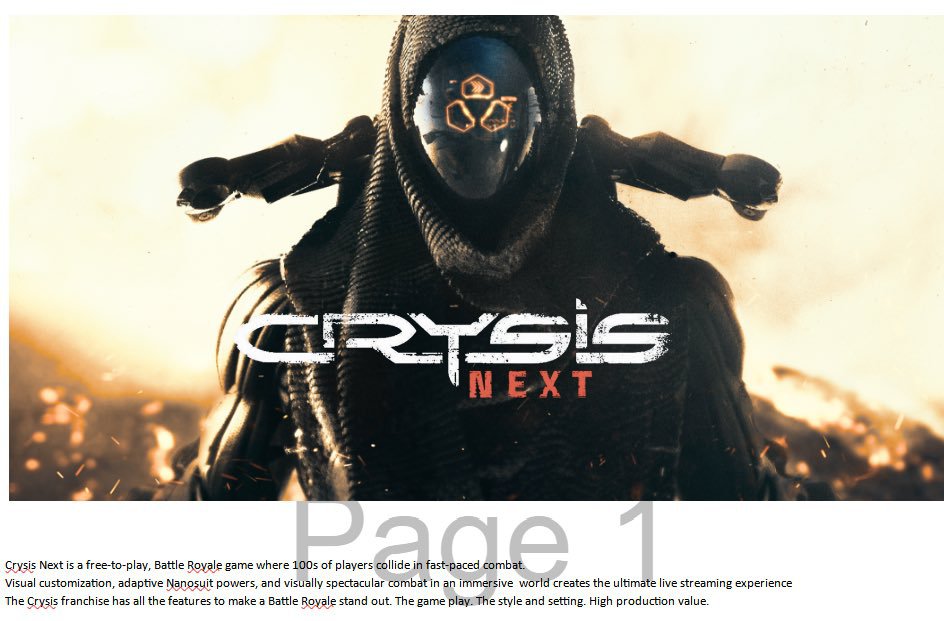 A Crysis VR game is also mentioned in the documents, but it’s unclear whether it’s still in development. It was not off to a very good start anyway. “There was a Crysis Wars VR prototype we build when we got the first headsets from occulus. We got violently sick.”

There is also no info on when Crysis Next is coming out, if ever. If it does come out some day, the plan is or was to release on PS and Xbox, as well as PC via Epic Games Store. 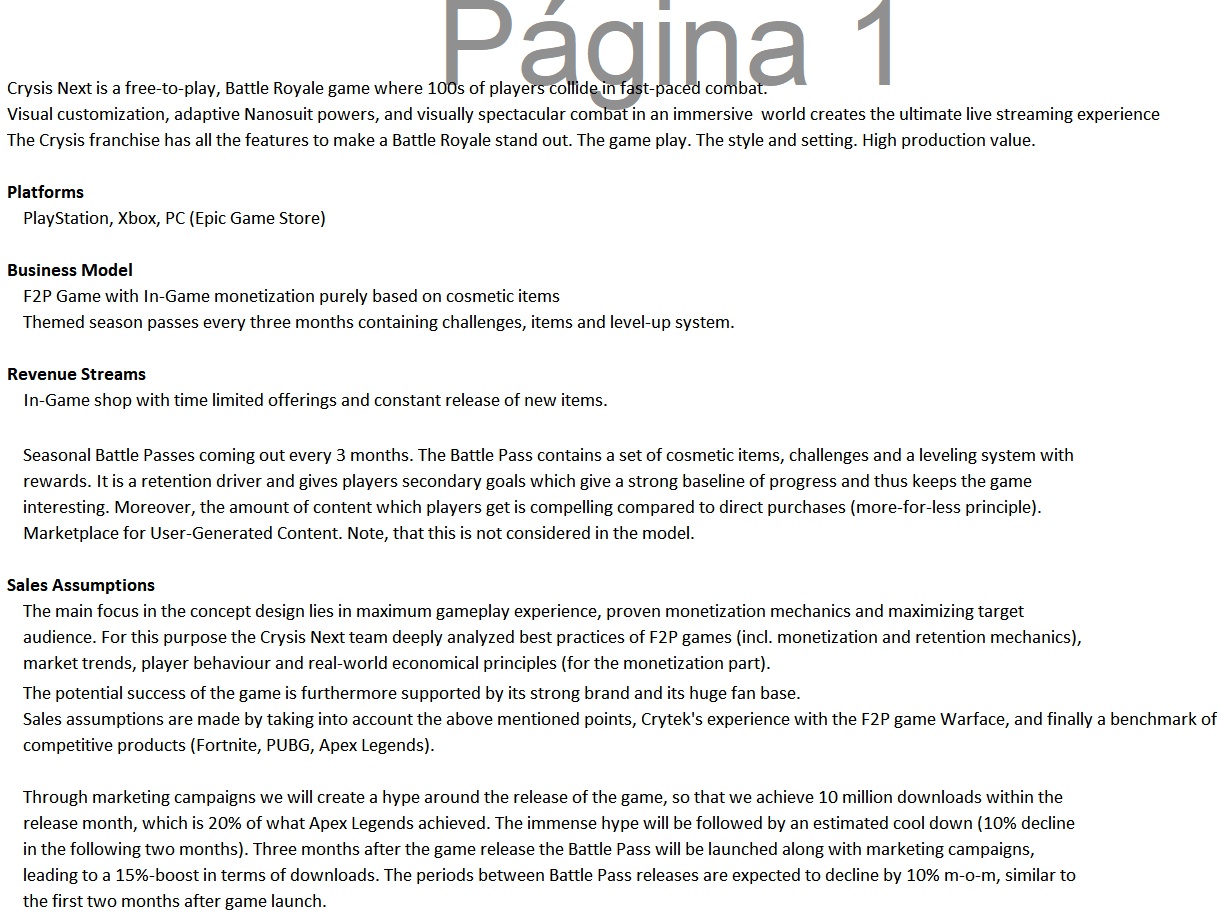