John Carmack on video game preservation and why companies suffer more harm by destroying something dear to players
06.02
Jeff Gaimon on expanding EA Originals beyond just indie games: “It’s like a menu. It depends on what devs want”
06.02
Microsoft’s chances of clearing Activision Blizzard deal in US and Europe to fade away if UK watchdog decides to block it
06.02
It Takes Two hits 10 million unit sold. “Nobody expected this,” says Josef Fares
03.02
Over 1 million Chinese players apply for refunds due to expiration of Blzzard’s agreement with NetEase
03.02
NCSoft West lays off 20% of employees as part of ‘global realignment’
03.02
Organic discovery and app store featuring to be declared dead in 2023, according to Deconstructor of Fun
02.02
Dwarf Fortress made $7.2 million in January, 44 times more than in all of 2022
02.02
PlayStation reports 53% Q3 revenue growth, driven by strong sales of consoles and third-party games
02.02
Tenjin and GameAnalytics release Q4 Hyper-Casual Games Benchmark Report
01.02
All news
Industry News 28.10.2020 17:06

The International Conference on Distributed Artificial Intelligence first launched in Beijing last year. This year, the organizers partnered with NetEase to host the conference in a small palace among bamboo trees… in popular MMORPG Justice. 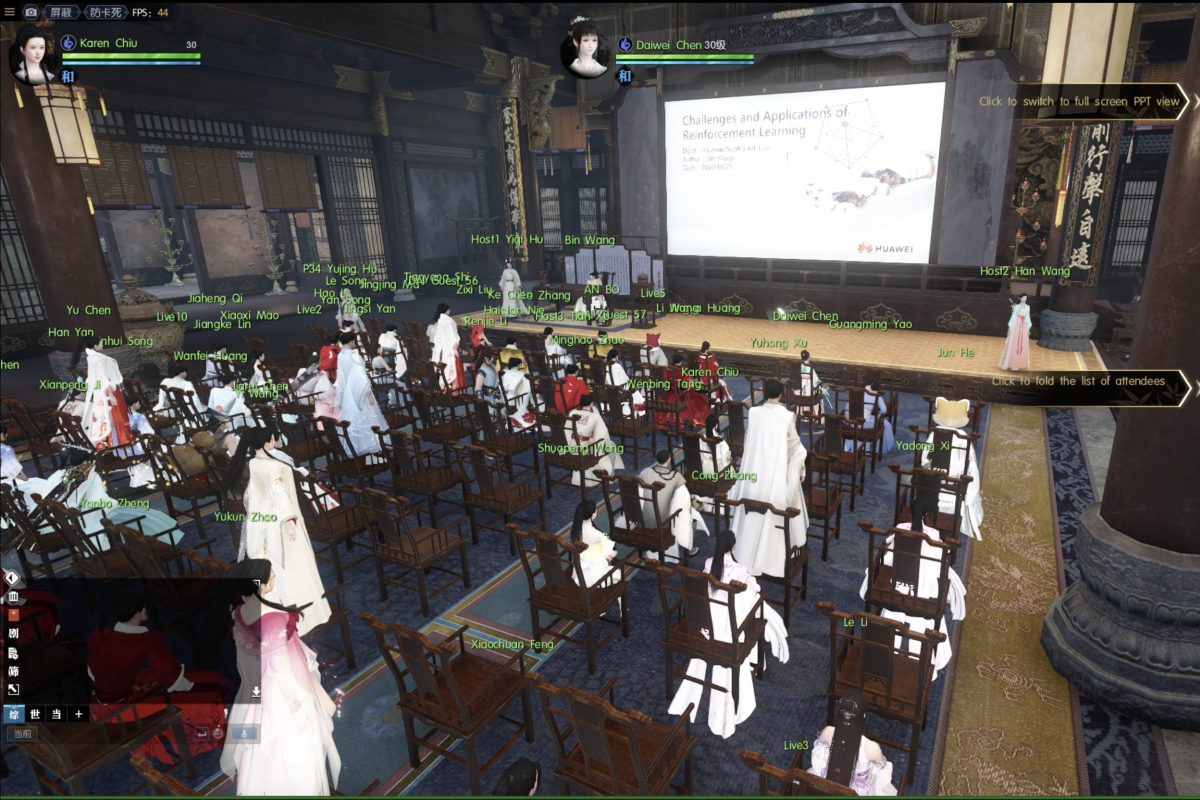 The event brought together over 300 researchers, with an option to join on Zoom or watch a live video feed on Bilibili.

As South Morning China Post reports, “participants could listen to talks inside the complex while some researchers had their posters displayed on billboards outside. Zoom videos were projected onto a screen.” Speakers and participants could communicate by tapping each others’ personalized avatars. Questions were asked in chat boxes.

The event became the first AI and deep learning conference ever held in a video game, according to NetEase. The company hopes events like these will shape the future of “immersive meeting solutions”.

Right now, though, the experience remains suboptimal. Many avatars are either frozen in place or seem to aimlessly move around. Participants often ignore messages “indicating that they were either unwilling to talk to me or unaware of the feature.”