96 percent of the country’s gaming income come from international sales.

Ten biggest studios account for 93% of the industry revenue. They also employ 77% of the entire workforce.

And here’s how various roles in the industry compare percentage-wise: 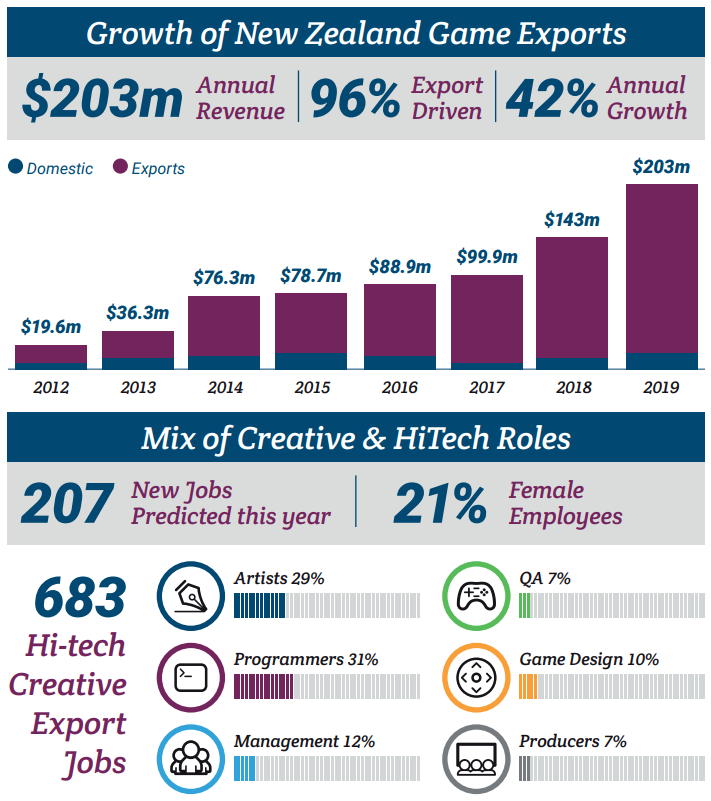