Biggest EGS exclusives and how many copies they sell

Using data from the XBOX API and figures that Epic itself and publishers disclosed, PlayTracker came up with the following estimates that, the firm admits, “can, at times, miss the mark.” 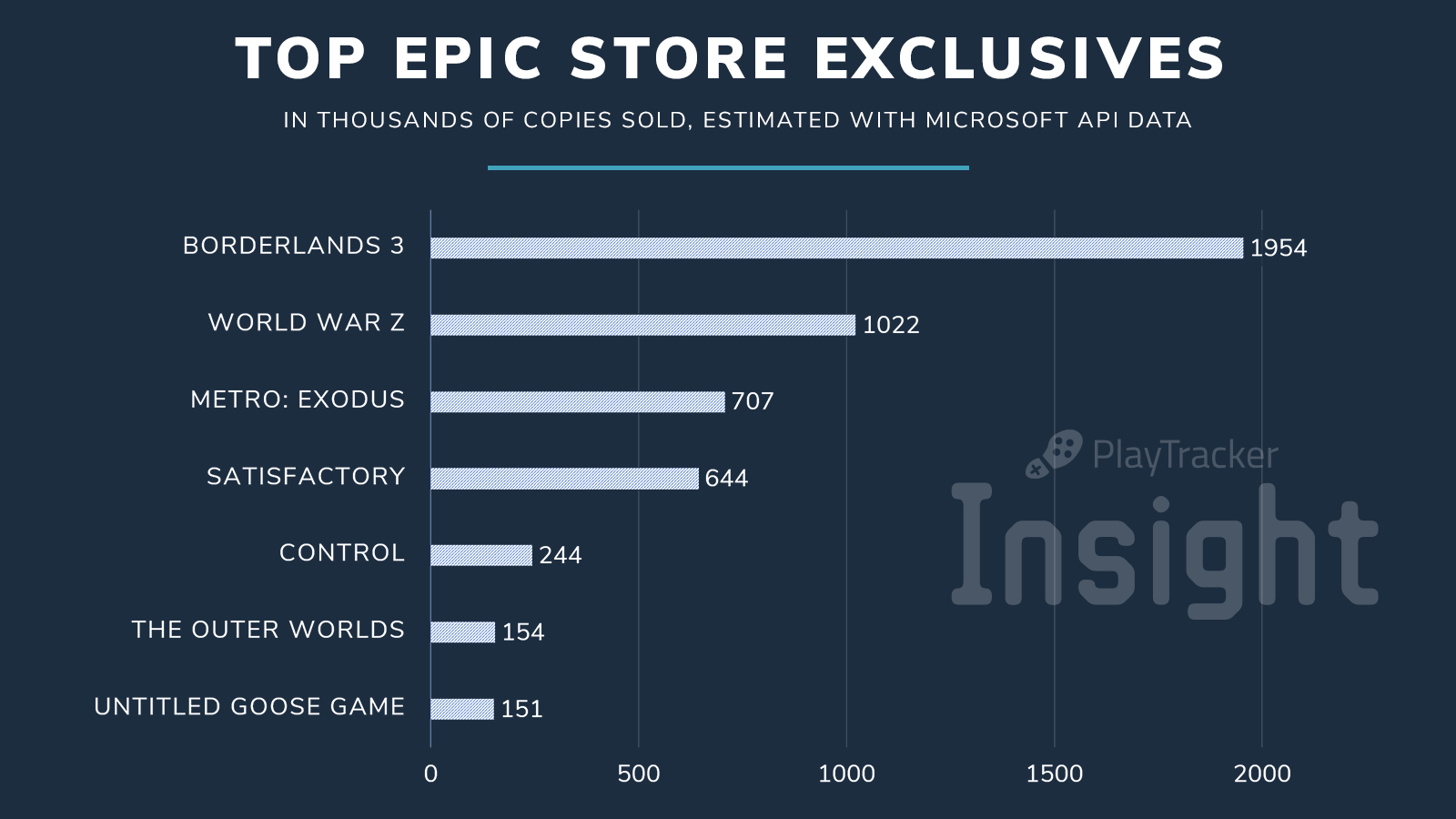 Red Dead Redemption 2 is noticeably missing from the chart as it was also on sale via RockStar Game Launcher and eventually Steam. According to PlayTracker’s estimates, the title sold around four million copies on PC (500 thousand of those through Steam). How many copies it sold via EGS is unclear, but the sales couldn’t have been too high. A report from SuperData suggests that the game sold 408 thousand through EGS in the first month, but if that were the case, Epic would have mentioned the title in its infographic on the most popular EGS titles.

Two hits that Epic does mention include Division 2 and Dauntless. None of them are featured in PlayTracker’s chart as Division 2 was also available on uPlay and Dauntless is a free-to-play title.