App Annie: customers to spend $75 billion on mobile games in 2020

What to expect from the mobile games market in 2020? App Annie has all the answers and graciously shares them in the latest report titled 5 Things You Need to Know for a Successful 2020 on Mobile.

The study looks at mobile in general. However, of the five trends that the analytical firm identifies, three are directly related to gaming. Before we delve into them, let’s overview the key numbers from the report. 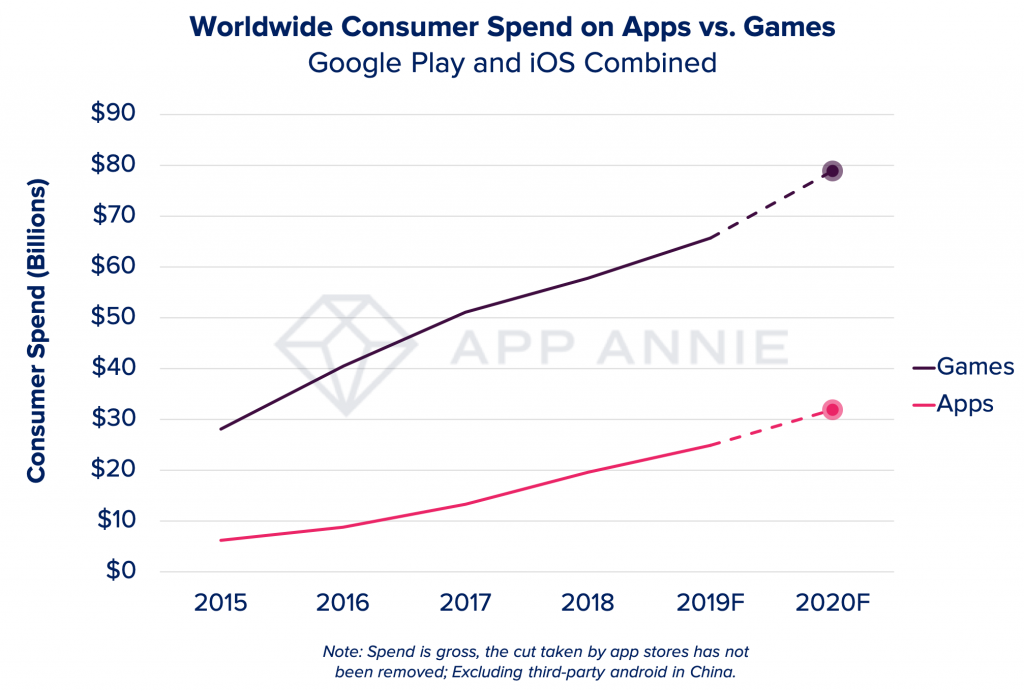 Apple Arcade and Google Play Pass will pave the path for new innovative games and provide a new source of revenue for publishers.

App Annie analysts are confident about the future of gaming subscriptions. And for good reason, too. 95% of the top non-gaming apps by user spend in the US offer subscriptions. It logically follows that the game segment will successfully embrace this monetization model, even if the initial performance of Apple Arcade and Google Play Pass might not have rocked the mobile world.

Games will be the first to benefit from 5G

In the mobile market, core multiplayer games have become increasingly popular in recent years. In September, three of the ten most downloaded games of the month belonged to this niche (Call of Duty: Mobile, PUBG Mobile and Garena Free Fire). Moreover, these three are also the games in which players spent the greatest amount of time.

Low latency is of critical importance to this audience. That’s why App Annie believes that these titles will the first to take advantage of the widespread deployment of the next-generation networks. 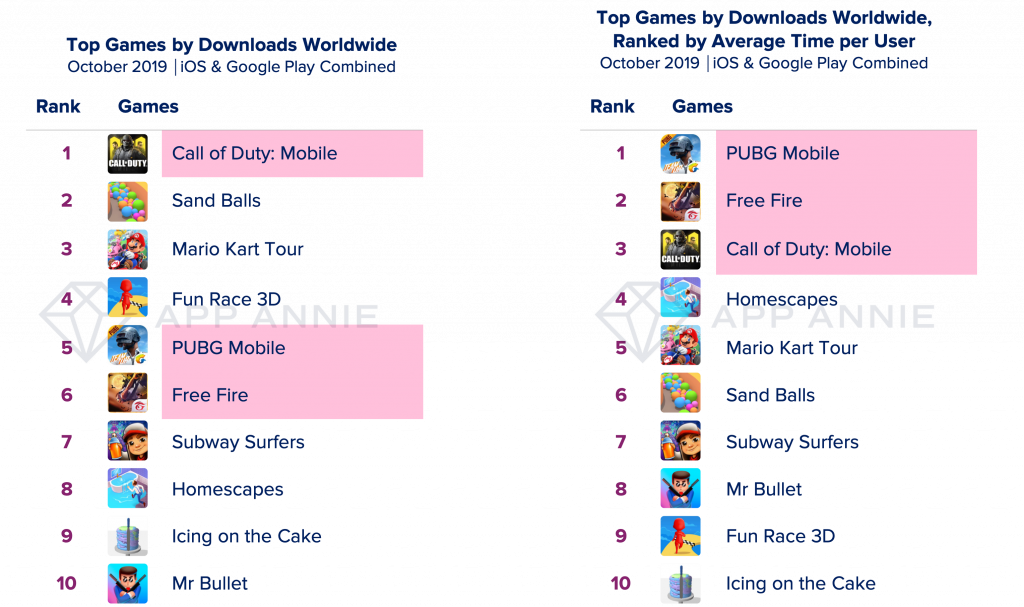 Auto battlers have room to grow

The hype around auto battlers has somewhat subsided by now. However, App Annie experts believe that the genre has a future. With some optimization, it can attract the attention of a wider player base in 2020.