Tenjin and GameAnalytics release Q4 Hyper-Casual Games Benchmark Report
01.02
Chris Zukowski: Steam can only promote up to around 500 indie games per year
30.01
Wargaming top manager called a terrorist by KGB Belarus
30.01
AI USE CASE: How a mobile game development studio saved $70K in expenses
27.01
Sensor Tower: Subway Surfers was most downloaded game in Q4 2022, but the Stumble Guys showed fastest growth
26.01
The Day Before loses its page on Steam. Developer cites trademark complaint
25.01
125 games industry professionals from 85 companies attended WN Connect business event in Belgrad
24.01
Blizzard caught up in scandal. Again. This time it is all about ranking its employees
24.01
Cyberpunk 2077 quest director Paweł Sasko on game’s non-linearity: “Players expected more because of the fact how The Witcher 3 is built”
23.01
Key success factors for ZERO Sievert, top-down extraction shooter that generated over $1 million in its first week
23.01
All news
Industry News 13.09.2019 14:50

Designing quests for The Witcher and Cyberpunk 2077

The moderators of the Cyberpunk 2077 forum talked to Philipp Weber, Quest Design Coordinator at CD Projekt Red, about the studio’s take on quest design.

Process of designing a quest 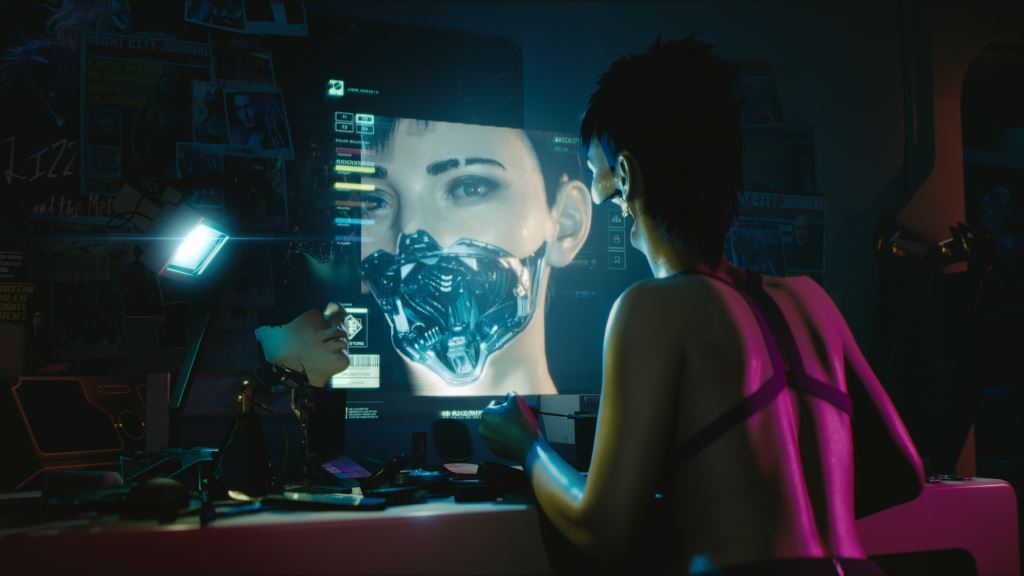 The work begins with the story team and quest designers writing down hundreds of idea as pitches. A pitch is usually just half a page.  Then, they select the best pitches that become quest design documents. These are typically at least ten pages long. The quest design is like a screenplay except it doesn’t have finished dialogue. The whole text is divided into sections titled “SCENE”, “EXPLORATION”, “PLAYSTYLES” to immediately communicate the main beats of the story.

At the next stage, iteration begins. Each quest design is read by writers, the Lead Quest Designer and directors, who provide feedback. Quest designers work closely with writers, who are assigned to each quest together.

Once the design gets accepted, quest designers proceed to the implementation stage to create a very basic playable version. They also make outlines for dialogues, but they are very rough and general. This is so that writers have most freedom when writing the actual lines.

And then, the iterative process goes on and on, with gameplay features being implemented and other teams getting involved. Designers and artists make their contributions in terms of locations, characters, gameplay features, vfx, sounds, etc. Quest Design Coordinator puts all this information in a production tool, so each producer of a team can keep track of them. 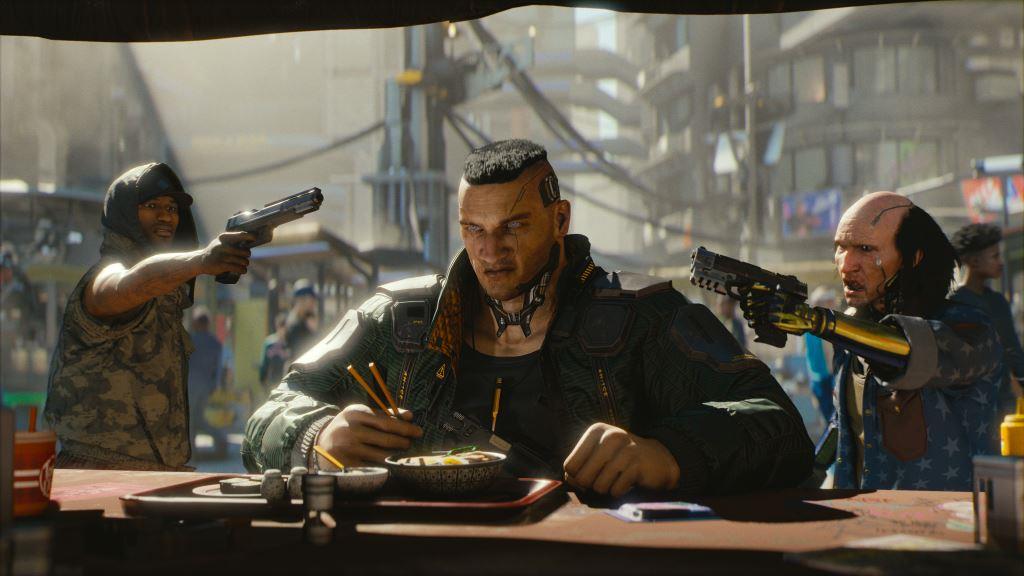 CDPR does not limit the creativity of its quest designers and writers. There is no checklist that demands that some quest should have particular things or a specific structure. Nobody says “This is a fetch quest” or “This is an escort quest.” They aren’t designed around specific types of gameplay. Instead, the team allows each quest to grow organically around interesting stories. Even if the player needs to fetch something, they will likely have to also do other things on the way.

Pacing is important. So it’s generally a good idea to mix sad quests with little gameplay with more upbeat and dynamic one. Quest designers, who are too involved in their own quests, might not be in the best position to appreciate the general flow of the game. Leads and directors, on the other hand, play the whole game a lot, so their feedback on the pacing is critical. However, the story comes first, it’s ok to have a somewhat imperfect pacing, as long the story benefits from it.

The technology imposes some certain restrictions. But quest designers can usually bend the systems to still do what they want in terms of the story, “so in the end, it feels like we’re molding the systems more around our quests than the other way around.” Plus, restrictions help maintain focus as they limit otherwise countless possibilities.

There is no distinction between main and side quests, as far as the quality is concerned. Quest designers approach the two types of quests in a similar way.

How quest design in Cyberpunk 2077 is different from that of The Witcher? 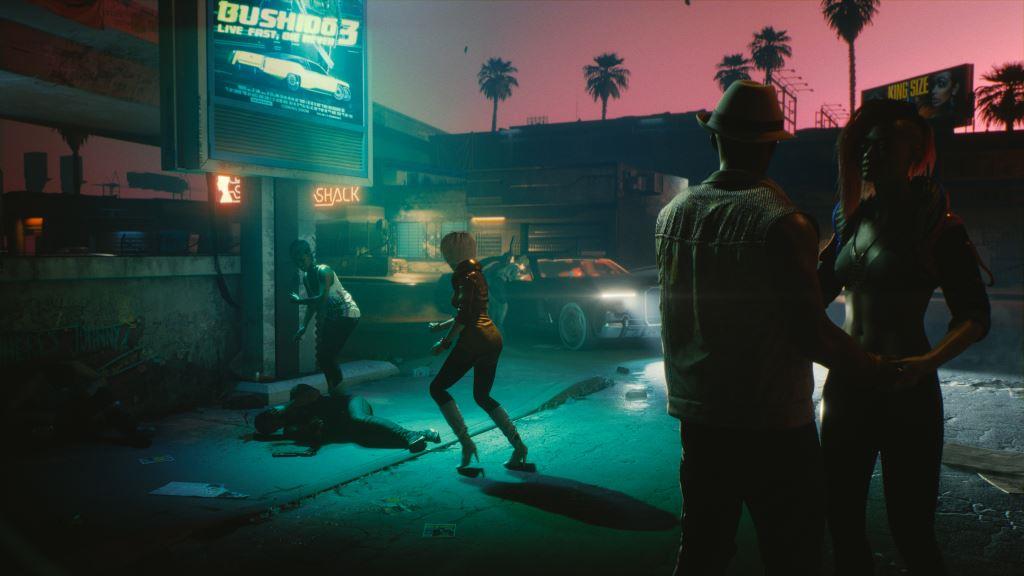 There is not a lot of difference. On Cyberpunk, the idea is to populate the open world with interesting stories that the player can discover wherever they go. That’s similar to the approach used on The Witcher. But this time, the ambition is to make every single encounter more meaningful.

On Wild Hunt, it was quest designers  who implemented most of the open world content (communities, bandit camps, etc.). But towards the end of Wild Hunt and during the work on DLCs, a new Open World Team was founded to fully concentrate on making the world feel alive. They didn’t create classic quests, but they implemented what is referred to at CDPR as “Street Stories.” These are small encounters, each having a story behind it, that create the overall immersive experience of Night City. 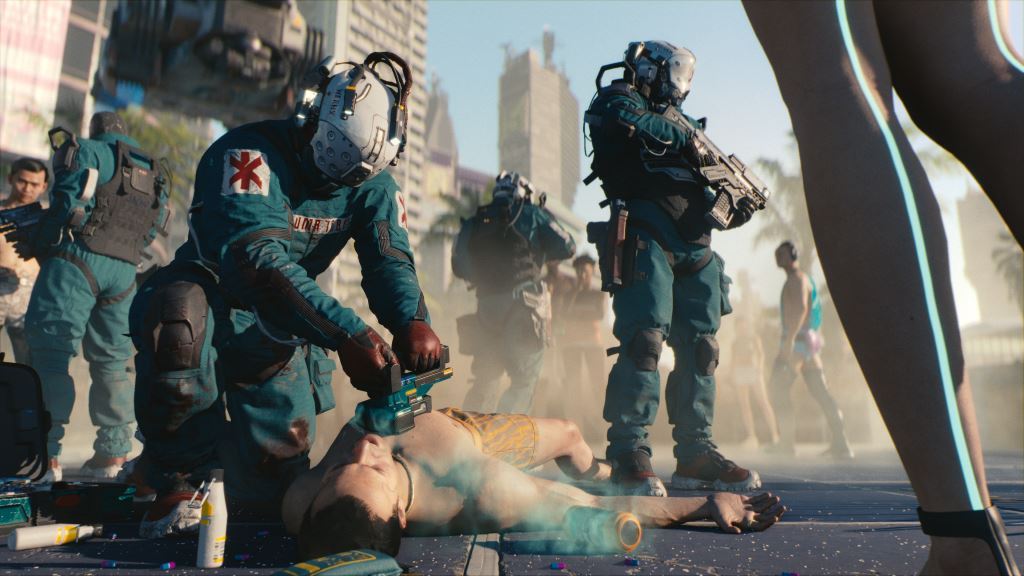 Main quests are the largest. You have to complete them to get to the end of the story. Cyberpunk being a nonlinear game, you don’t have to play all main quests, but they are the ones that have the main characters and themes in them.

Side quests can be any size. They can be very short or they can be bigger than main quests. They are based on all the ideas and stories that don’t have a place in the main story. They might introduce a new theme to the game or focus on the story of a specific community or location. Side quest can tell separate stories, but they can also pick up the main story or even launch a new branch in the main storyline.

Street Stories are the jobs that V gets from fixers. They are like monster hunting gigs Geralt had. Street Stories are designed and implemented by the Open World Team, and there are typically several ways to complete them.

Regardless of the size, each quest in the game is handcrafted. Every challenge should be meaningful as opposed to just being there to keep players busy.

Different lifepaths and character builds are one of the features of Cyberpunk. When designing a quest, folks at CDPR have to think how each challenge can be approached by different lifepaths. This creates lots of replay value, as various lifepaths offer unique experiences.

Additionally, depending on player choices, there can be times when a companion does or does not join V. That means that big parts of these quests have to implemented in two versions. Again, this increases replayability because playing the same quest with or without a companion will feel like different quests.

Quests cannot be failed in the classical sense. Even if the player made a suboptimal decision, quest designers make sure that the player still get their ending of the story but have to face the consequence of their mistakes.