In 2018, the EU video games market grew by 15% year on year and reached €21 billion. That’s according to the latest report by Interactive Software Federation of Europe (ISFE).

The report focuses on the key European markets of France, Germany, Spain and the UK. The four countries earned €12.3 billion on video games, with consoles accounting for 47% of that revenue. 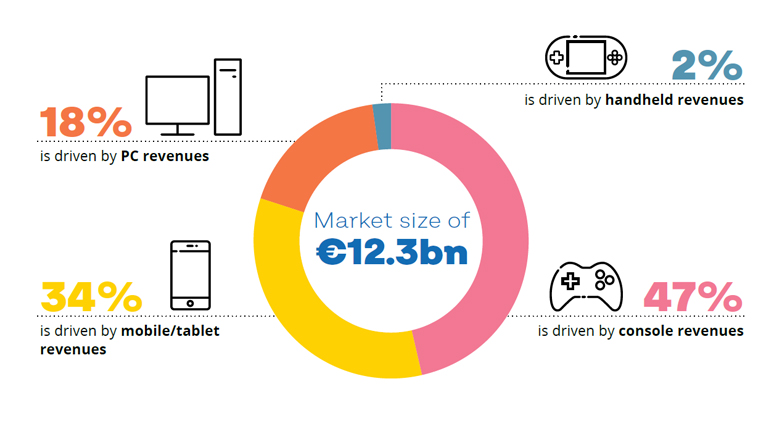 The market is becoming increasingly digital, with 40% of the revenue across the four countries is driven by online spending (including game downloads and extra features). That is up 40% from 2017. Mobile games and apps, both premium and free-to-play titles monetized via IAP, generated 34% (+19% growth year on year). And retail only brought in 26%. 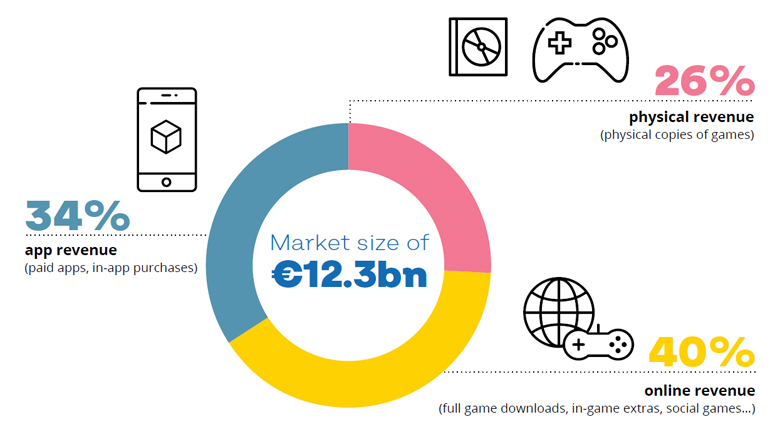 Below is the breakdown of the players by age groups. 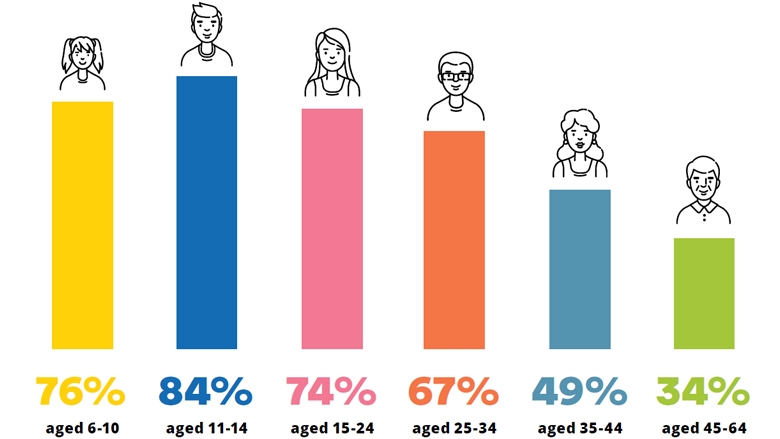 Share of gamers among the whole population, by age group

As far as age rating is concerned, PEGI rated over 2000 games in 2018, with the majority of titles (27%) getting the 12 rating and only 10% getting rated 18 for violence and explicit sexual content. 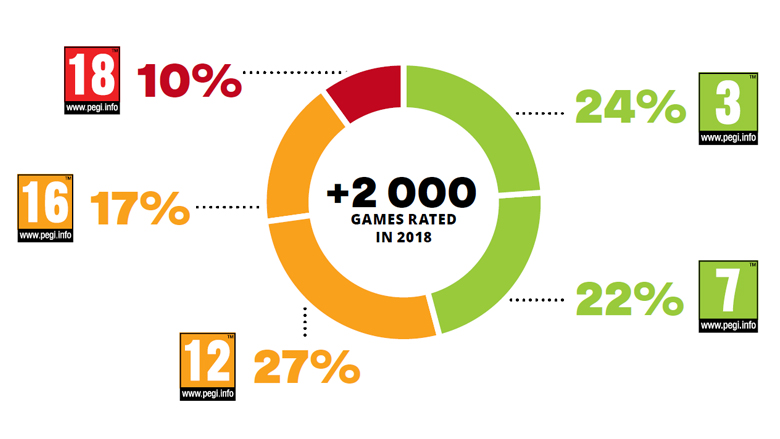 By the way, 46 percent of all gamers are women. Interestingly, ISFE cites a 2019 study that found that girls playing games are 3 times more likely to study for a degree in science, technology, engineering and mathematics.

Here’s how different platforms rank among European gamers. PC gaming takes the lead, followed by consoles that are responsible for most of the video games revenue, with mobile games enjoyed by 48% of the gamers. 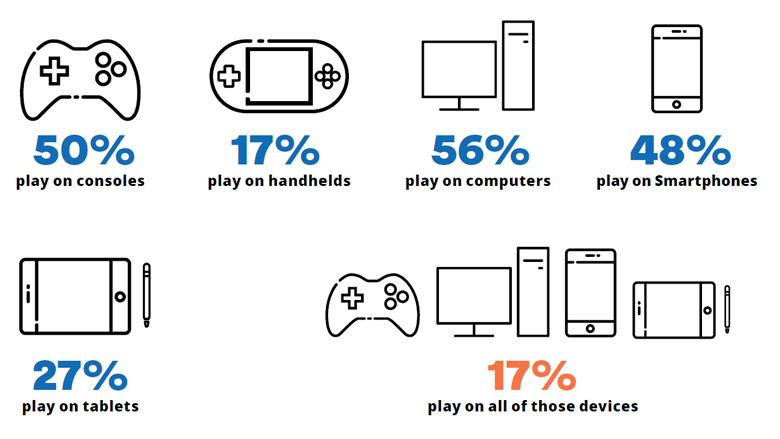 Breakdown of players by device

The breakdown by platform is slightly different for women. Smartphones and tablets are the preferred platform (played by 63% of women). 54% play games on PC. 44% are console players.

The report also names the top-selling games of 2018, with the FIFA series appearing twice on the list. 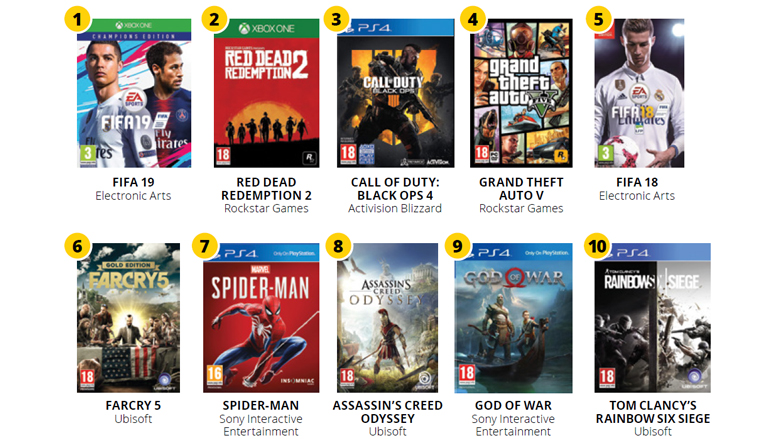 You can learn more about the EU video games market and ISFE here.