Tenjin and GameAnalytics release Q4 Hyper-Casual Games Benchmark Report
01.02
Chris Zukowski: Steam can only promote up to around 500 indie games per year
30.01
Wargaming top manager called a terrorist by KGB Belarus
30.01
AI USE CASE: How a mobile game development studio saved $70K in expenses
27.01
Sensor Tower: Subway Surfers was most downloaded game in Q4 2022, but the Stumble Guys showed fastest growth
26.01
The Day Before loses its page on Steam. Developer cites trademark complaint
25.01
125 games industry professionals from 85 companies attended WN Connect business event in Belgrad
24.01
Blizzard caught up in scandal. Again. This time it is all about ranking its employees
24.01
Cyberpunk 2077 quest director Paweł Sasko on game’s non-linearity: “Players expected more because of the fact how The Witcher 3 is built”
23.01
Key success factors for ZERO Sievert, top-down extraction shooter that generated over $1 million in its first week
23.01
All news
Industry News 07.08.2019 16:14

How to decide if a particular mobile genre is promising or not? Aleksandr Bezobrazov, Marketing Director at Social Quantum, breaks down the genre of restaurant sims and explains what metrics are important to look at. 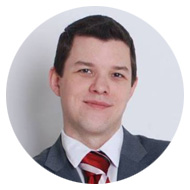 Aleksandr published a blog post on Medium titled “Researching market saturation for mobile F2P games.” One of the central points he makes in the article is that the market dynamics vary greatly from niche to niche.

Each market segment can be feeling differently at any given time. Depending on its condition, it can hold a lot of promise for developers. Or not. It’s important to carefully analyze your market before pursuing any opportunities in a chosen niche.

In his post, Aleksandr lays down the methodology for this kind of analysis. Specifically, he looks at free-to-play restaurant simulators on Google Play in the US.

Restaurant simulators are designed for a casual audience, with monetization typically based on IAP. Some titles also use ads as an additional monetization method.

In games of this genre, the user takes a role of a waiter / cook who must handle a large flow of customers. The gameplay is all about following production chains.

For example, in Nordcurrent’s Cooking Fever, when the player receives an order, they must choose the right hamburger buns, put the right kind of salad, vegetables, meat, sauce, and then hand the ready dish over to a client.

It’s not the most profitable niche. In June 2019, there was not a single restaurant sim in the top 100 best-selling games on Google Play in the United States.

If, however, we look at top 500 Google Play games by revenue, we will find found 7 games in the genre. Totally, they earned $ 1.8 million in June. 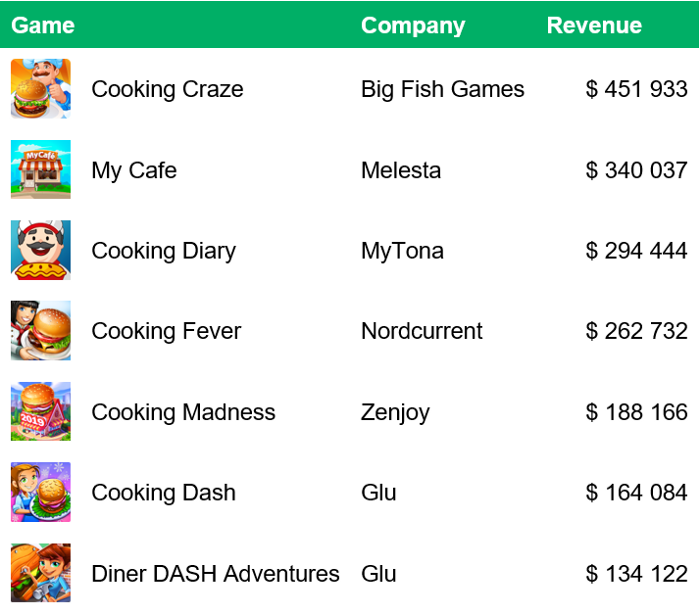 In general, since January 2016, only 23 games of this genre have at least once made it into the top 500 US highest-grossing Android games (they will form the sample for the analysis). Throughout this time, pretty much the same 3 or 5 titles have been in the lead. 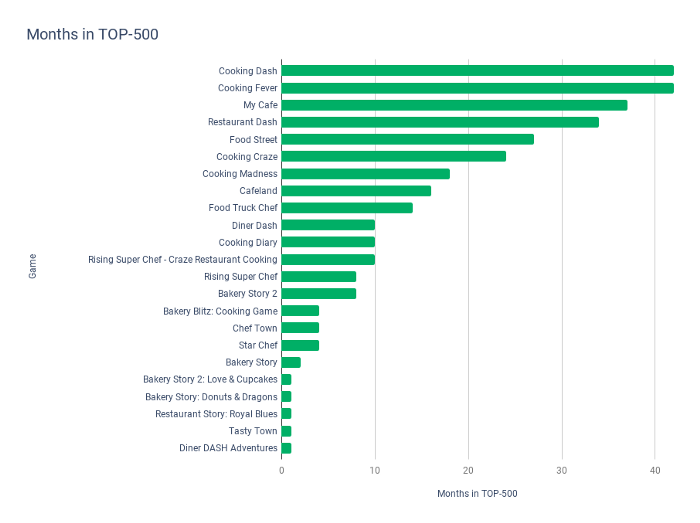 Restaurant simulation games by months in TOP-500 (US, Google Play) since January 2016

According to Aleksandr, the first thing developers should look at is the situation with revenue and downloads.

Based on App Annie data, the genre’s audience (as presented by its 23 leader) in the United States plateaued at around 1.1 MAU. 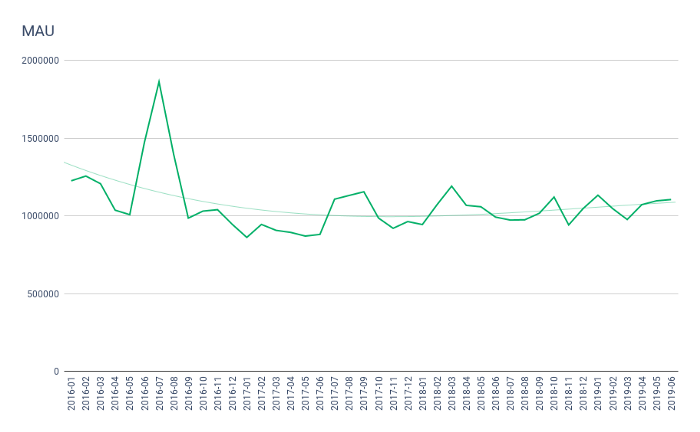 The total number of downloads of the genre has not been growingover the past two years. The genre is getting 0.8-1 million installs per month. At the same time, the revenue of the segment is steadily increasing. The top twenty titles in June 2019 earned more than during the same period two years earlier. 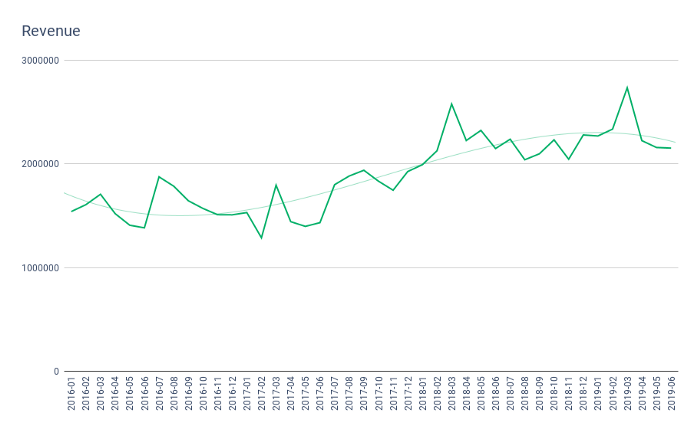 Aleksandr attributes this to improvements in the monetization system of restaurant simulators. ARPMAU estimates as per the chart below seem to confirm it: there is a steady growth in recent years. 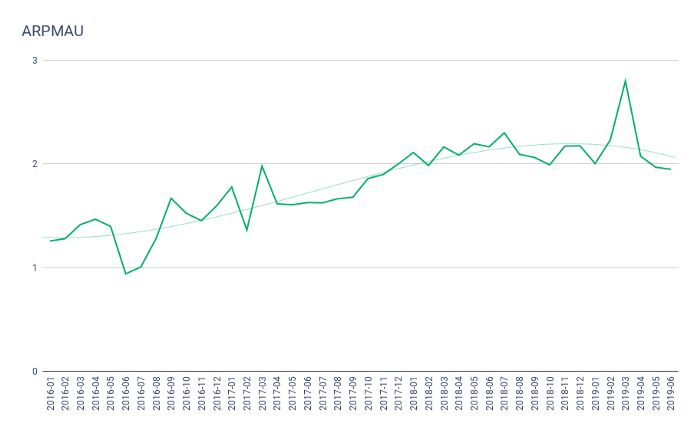 At the same time, the aggregate number of minutes that users spend playing games of this genre has, on the whole, remained at the same level (282 million minutes per month) as two years ago. Players are not ready to spend more time on restaurant sims.

It is the lack of an active user base and zero growth in the time spent on the genre that indicates strong competition in this saturated segment that will certainly affect CPI and ROI when launching a new project.

However, this does not mean that the newcomers in the genre are bound to fail. The performance of the recently released Dinner DASH Adventures and Cooking Diary suggests otherwise.