Google is gearing up to release a mobile service that will allow you to play premium games via subscription. It will be called Google Play Pass and will cost $4.99 per month. 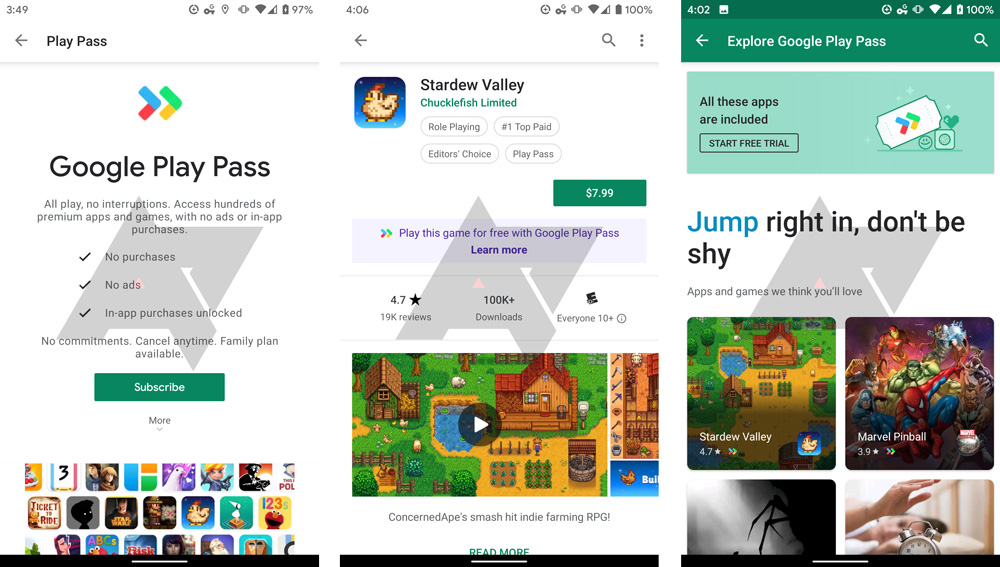 Our colleagues from Android Police obtained screenshots of the new service. The screenshots indicate that the subscription will provide access to a curated library of hundreds of premium programs without ads and IAP .

The games available through the platfom will include Stardew Valley, Limbo, Monument Valley, Brothers: A Tale of Two Sons, Terraria, and other titles. However, the library will not be limited to games. Judging by the screenshots, that the platform will also have music apps.

A Google spokesman officially confirmed to Android Police that the tech giant is actually testing the service and that the screenshots are real.

In all probability, Google Play Pass is Android’s response to the announcement of Apple Arcade. In case you forgot, in March Apple revealed a mobile subscription service for premium games. It’s still unclear how much it will cost. Right now, it looks more interesting of the two as Apple has promised exclusives for its platform.