It Takes Two hits 10 million unit sold. “Nobody expected this,” says Josef Fares
03.02
Over 1 million Chinese players apply for refunds due to expiration of Blzzard’s agreement with NetEase
03.02
NCSoft West lays off 20% of employees as part of ‘global realignment’
03.02
Organic discovery and app store featuring to be declared dead in 2023, according to Deconstructor of Fun
02.02
Dwarf Fortress made $7.2 million in January, 44 times more than in all of 2022
02.02
PlayStation reports 53% Q3 revenue growth, driven by strong sales of consoles and third-party games
02.02
Tenjin and GameAnalytics release Q4 Hyper-Casual Games Benchmark Report
01.02
Chris Zukowski: Steam can only promote up to around 500 indie games per year
30.01
Wargaming top manager called a terrorist by KGB Belarus
30.01
AI USE CASE: How a mobile game development studio saved $70K in expenses
27.01
All news
Marketing 18.04.2019 14:51

The latest Newzoo report looks at the strongest players of the games market in 2018. Last year, the top 25 companies by game revenue earned a record-breaking $107.3 billion, which signifies 16% growth over 2017. 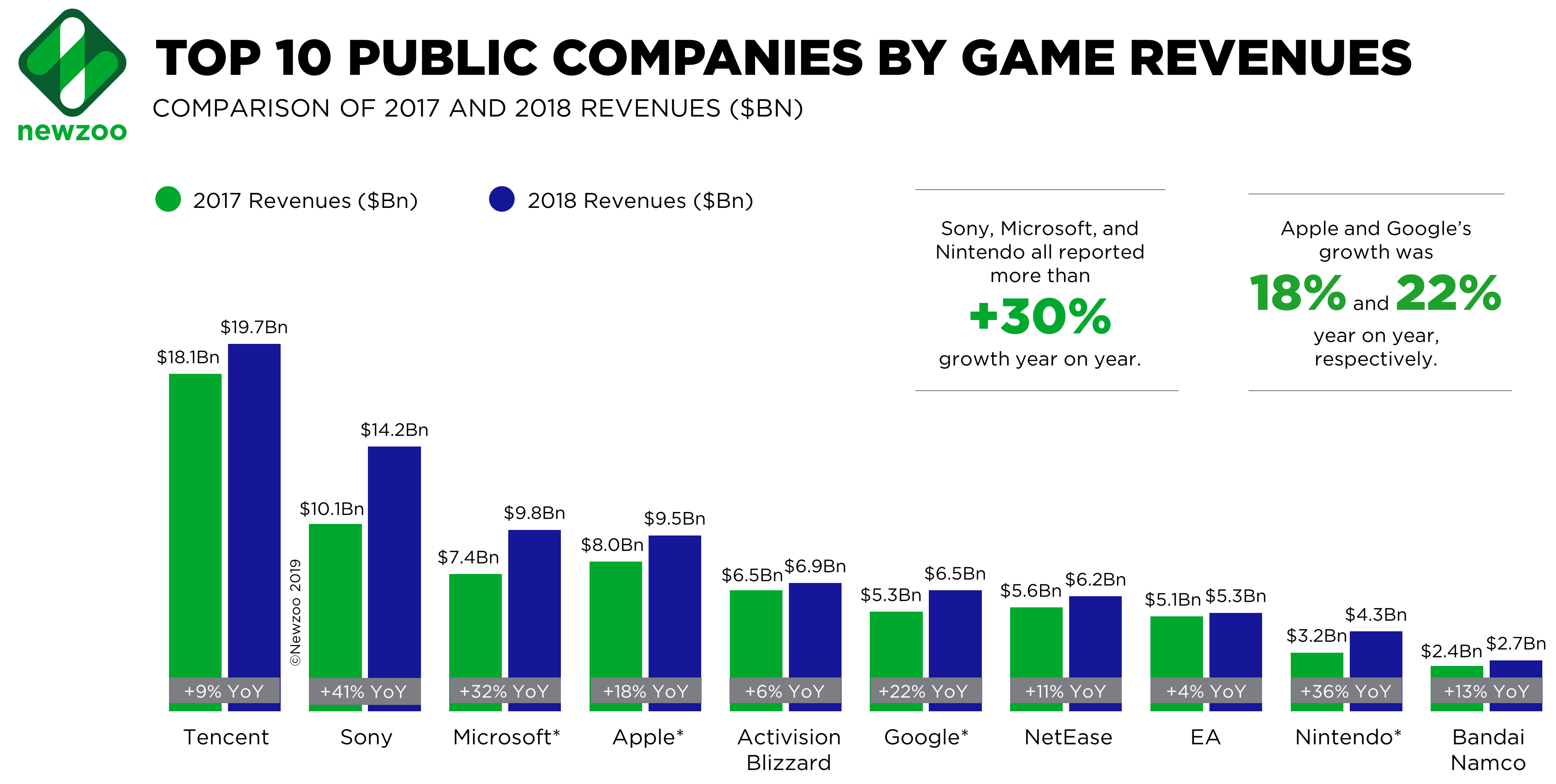 The report also notes Google’s and Apple’s increased involvement in games. Both Google Play and App Store have generated consistent cash flow over the years, but the companies’ new projects might get them even bigger slices of the market. Google is betting on its streaming platform Stadia, and Apple is rolling out a new subscription service with selectively curated games. Both are to debut later this year.

In another notable trend, console showed impressive growth, making up 38% of the top 25’s combined revenue. That’s up from 34% in 2017. Furthermore, five out of the top 10 companies earned the majority of their revenues from console gaming.

Activision Blizzard, EA, and Ubisoft saw their growth slow down.

Top 25 Public Companies by Game Revenues (based on Newzoo research)