PlayStation reports 53% Q3 revenue growth, driven by strong sales of consoles and third-party games
14:25
Tenjin and GameAnalytics release Q4 Hyper-Casual Games Benchmark Report
01.02
Chris Zukowski: Steam can only promote up to around 500 indie games per year
30.01
Wargaming top manager called a terrorist by KGB Belarus
30.01
AI USE CASE: How a mobile game development studio saved $70K in expenses
27.01
Sensor Tower: Subway Surfers was most downloaded game in Q4 2022, but the Stumble Guys showed fastest growth
26.01
The Day Before loses its page on Steam. Developer cites trademark complaint
25.01
125 games industry professionals from 85 companies attended WN Connect business event in Belgrad
24.01
Blizzard caught up in scandal. Again. This time it is all about ranking its employees
24.01
Cyberpunk 2077 quest director Paweł Sasko on game’s non-linearity: “Players expected more because of the fact how The Witcher 3 is built”
23.01
All news
Industry News 16.04.2019 16:06

Yesterday, the world held its collective breath in disbelief as flames engulfed Notre-Dame, Paris’s and the world’s gothic landmark.

An accident related to renovations seems to have started a fire. The blaze quickly spread across the roof and claimed the famous spire. 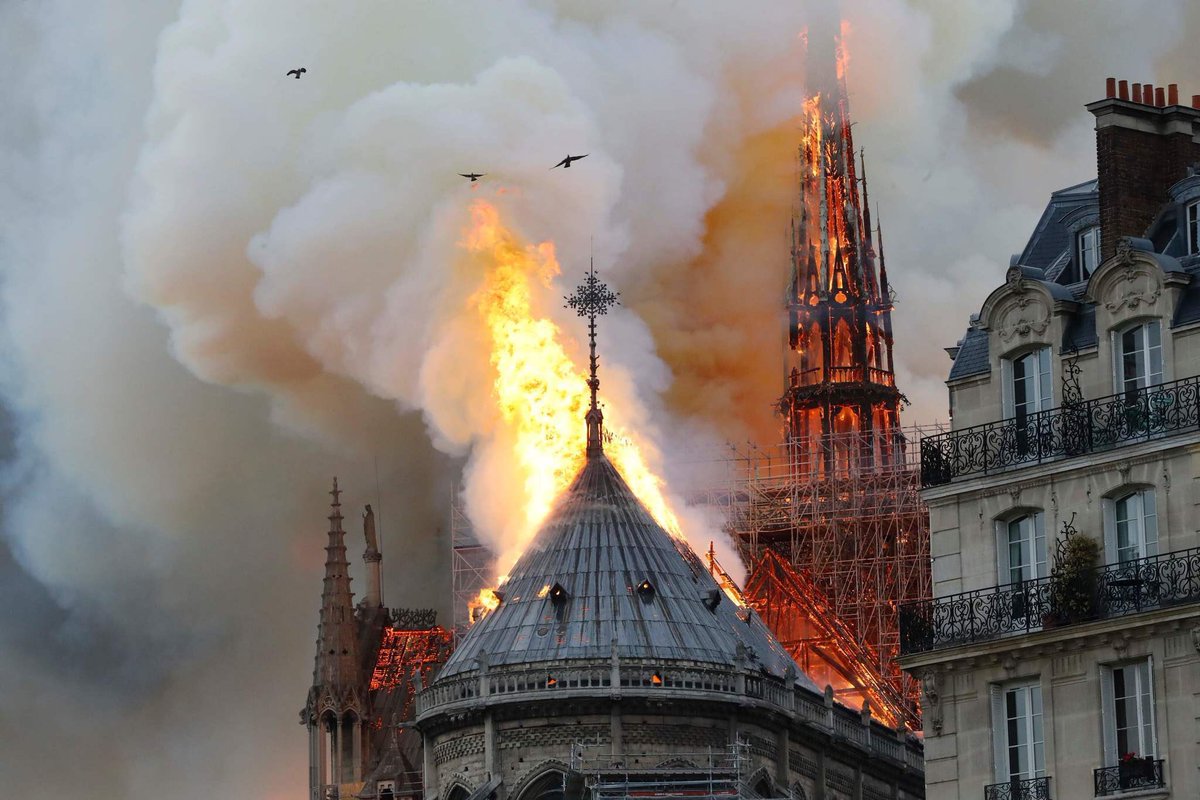 It is some relief that much of the exterior of the cathedral survived, including the iconic bell towers. Fortunately, rose windows, gargoyles and other relics escaped the fire, as the workers had dismounted them prior to the renovations.

President Macron has vowed to rebuild the cathedral. That just might be doable now that the French billionaires François-Henri Pinault and Bernard Arnault pledged the total of €300 million towards the restoration of Notre-Dame.

In addition to money, the reconstruction of the cathedral will require detailed 3D maps. Luckily, there is no shortage of 3D mapping data. We are to thank the art historian Andrew Tallon for this. He used laser scanning in 2015 to create the precise model of the cathedral encompassing 1 billion points of data.

Amazingly, this is not the only reference that the engineers can count on. Another precise digital recreation of Notre-Dame comes from an even unlikelier source: Assassin’s Creed: Unity. The game is set in Paris during the French Revolution. 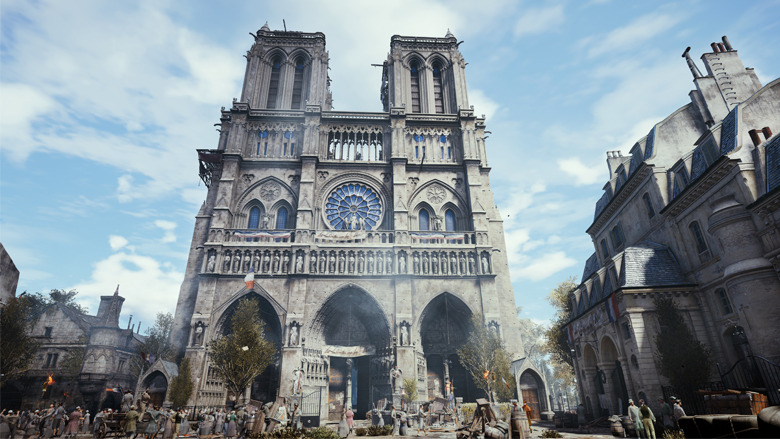 According to the game’s Wiki, “the [in-game] Notre-Dame was single-handedly recreated for Assassin’s Creed: Unity by Senior Level Artist Caroline Miousse, who spent more than two years on constructing the iconic monument. While most of the cathedral is faithful to the original, creative liberties had to be taken with most of the art that adorns it, which is protected under copyright law.”

Even though Assassin’s Creed: Unity received mixed reviews upon release, we now have another reason to appreciate the game’s historical authenticity.