Burer, Chimera, NFTs, and other monsters cut from S.T.A.L.K.E.R. games

Developer GSC Game World said it would not be adding anything NFT-related in their upcoming game S.T.A.L.K.E.R. 2. This is less than two days after the studio announced NFTs allowing their owners to have their likenesses recreated in-game as “metahuman” NPCs.

The plans to add NFTs in S.T.A.L.K.E.R. 2. were met with immediate backlash from fans. The devs did attempt to placate the audience by explaining that the NFTs, as envisaged by GSC Game World, would not impact the gameplay and would be completely optional. For the studio that is not backed by any publisher, adding NFTs would have meant an additional source of funding. 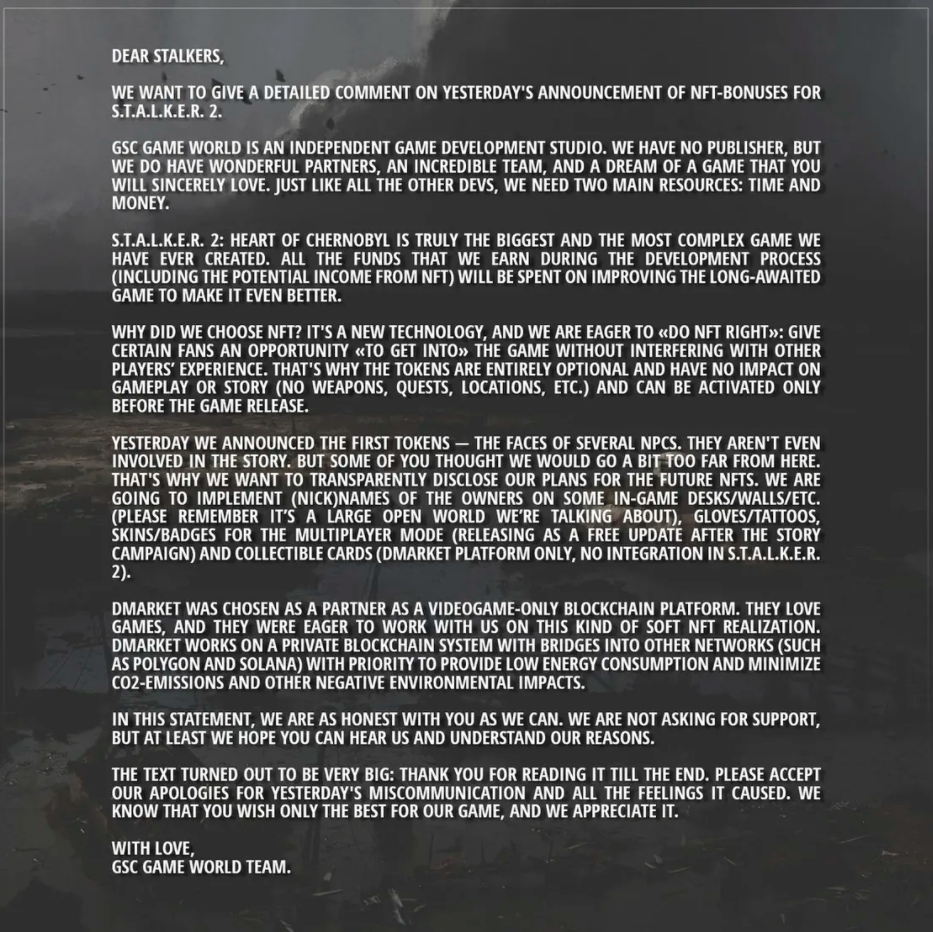 The above comment has since been deleted as the studio discovered that for the community, NFTs remain too emotionally charged a topic. Not to aggravate the fans any further, the devs have completely reversed their plans to have anything non-fungible in S.T.A.L.K.E.R. 2. And given the ecological sentiments of the IP, it was probably the right PR move in the light of the climate controversy around NFTs.

And thus, tokenized metahumans have become yet another kind of mutant cut from the S.T.A.L.K.E.R. games. Who knows, modders might just restore them one day in a potential S.T.A.L.K.E.R. 2: The Call of NFT mod? The entire situation also shows the NFTs are not necessary for the community to if not own, then at least govern the Zone in the world of S.T.A.L.K.E.R. 2.