WN Dev Contest for Unreal Engine Developers, EMEA edition, has launched to celebrate the talent of UE game developers from European countries. The submissions are accepted until January 31, 2021.

Sign up to win unique prizes from the sponsors of the contest. Among them are Unreal Engine, Xsolla, Meta Publishing, G-Core Labs, 1C Entertainment, Untold Tales, Skystone Games, Wargaming and other companies.

Each sponsor will pick their own top game. Additionally, there will be the Audience Choice award.

Prizes vary depending on the sponsor. Unreal Engine is offering 10 custom Unreal Engine licenses. Xsolla provides a list of various monetary prizes for $170,000 and $130,000 in services combined, while 1C Entertainment will give their winner €15,000 and a publishing deal. Meta Publishing and Untold Tales are each offering $5,000 in prize money. Full information on the prizes is available here. 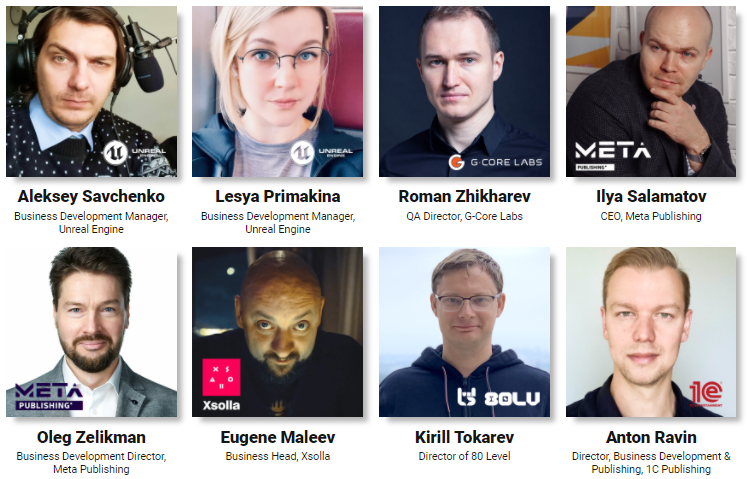 Some of the experts on the jury board

To participate, you need to have a playable game build at the stage of prototype, alpha or beta, “early access” or soft launch. The game must be made on Unreal Engine 4. Games that were officially released before November 30, 2020 are not eligible to enter the Contest.

The contest is broken down into the following milestones (the exact dates subject to change if necessary):

The contest is a collaborative effort of Unreal Engine, WN Conference, and Reboot Develop. The event is hosted on the WN Hub, communiction platform for the video games industry. You can apply here.