GameAnalytics has shared fresh data on how consumer behaviour changed in mobile games in response to lockdowns. The report analyzes traffic changes, playtime, IAP spend and genre trends in Q1 2020. 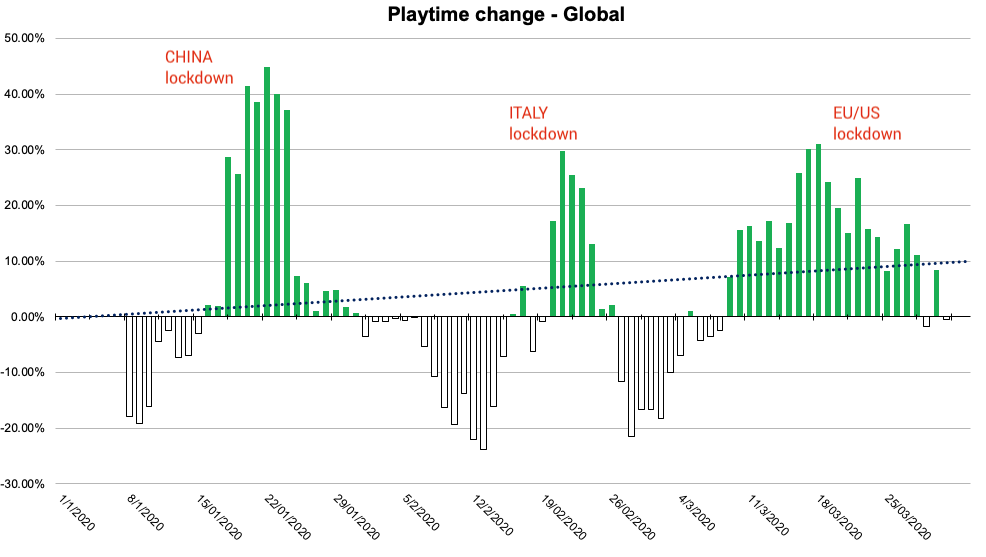