Wanderlust Travel Stories is the upcoming title from Different Tales, a company founded by two developers who worked on the Witcher games. The studio officially came into existence on June 1, but in reality it has been around since as early as May which is how Wanderlust scooped 2 awards at this year’s Digital Dragons Indie Showcase.

Different Tales’ two co-founders are Artur Ganszyniec, who was the story designer on the first Witcher, and Jacek Brzeziński, who was the project lead on The Witcher and later worked on Hitman and Dying Light. Both of them are also credited for additional design on The Witcher 2: Assassins of Kings.

“Ten years after I met with Jacek during our work on The Witcher, we decided to team up again to make a different kind of a story, something more grounded in reality and rooted in the common human experience.”

The game’s Steam page describes Wanderlust Travel Stories as a digital travel experience. It will bring players to 21 countries across 6 continents. All of the game’s locations bear personal significance to the developers, who supplied pictures from their travels to illustrate the game. Wanderlust also features music by different composers. 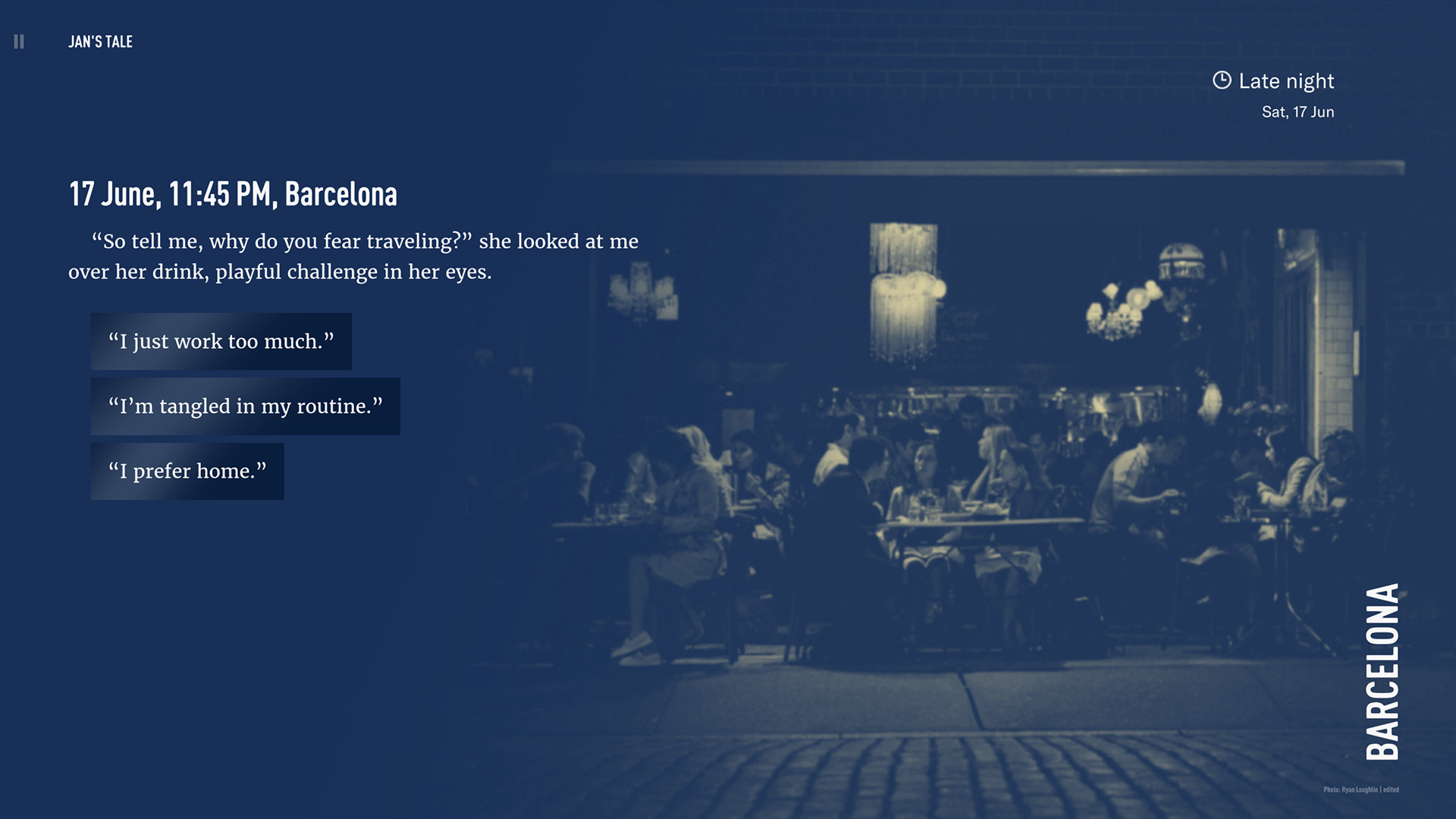 As a player, you will step into the shoes of five travellers, manage their spends, take care of their mental health and find them a place to rest for the night.

The title will attempt to combine literary and gaming experiences. Players will have to make choices that will shape the game’s narrative, which encompasses over 300.000 words (story-wise, that’s like 4 novels and 5 short stories). It will roughly take 12 hours to complete the game, but the gameplay specifically welcomes completing it at the player’s own pace.

The philosophy behind the game is inspired by Slow Living or Slow Food movements. Different Tales hopes to offer a sustainable alternative to the fast-paced gaming culture centered on violence and fueled by crunch. You can read more about slow gaming here.

Wanderlust will come out on 28th August 2019 for PC and Mac via Steam, and will also be available on iOS. The price will be $19.99/£15.49. Check out the gameplay with developer commentary on YouTube.